The YT Capra MX AL Uncaged 9 was the first iteration of the 2022 Capra to take to the trails with a hydroformed aluminum frameset. That one was pretty high-end, with Ohlins suspension and a SRAM GX Eagle 12 Speed drivetrain, priced at $3,999 USD. With that launch, YT were already teasing a more affordable CORE 2 aluminium option, launching today at the more appealing price of $3,399. Importantly, both bikes feature the very same geometry sported by the top-end 2022 Carbon Capra launched at the back of last year, with 165mm or 170mm of rear wheel travel on an MX or 29er frameset, respectively. 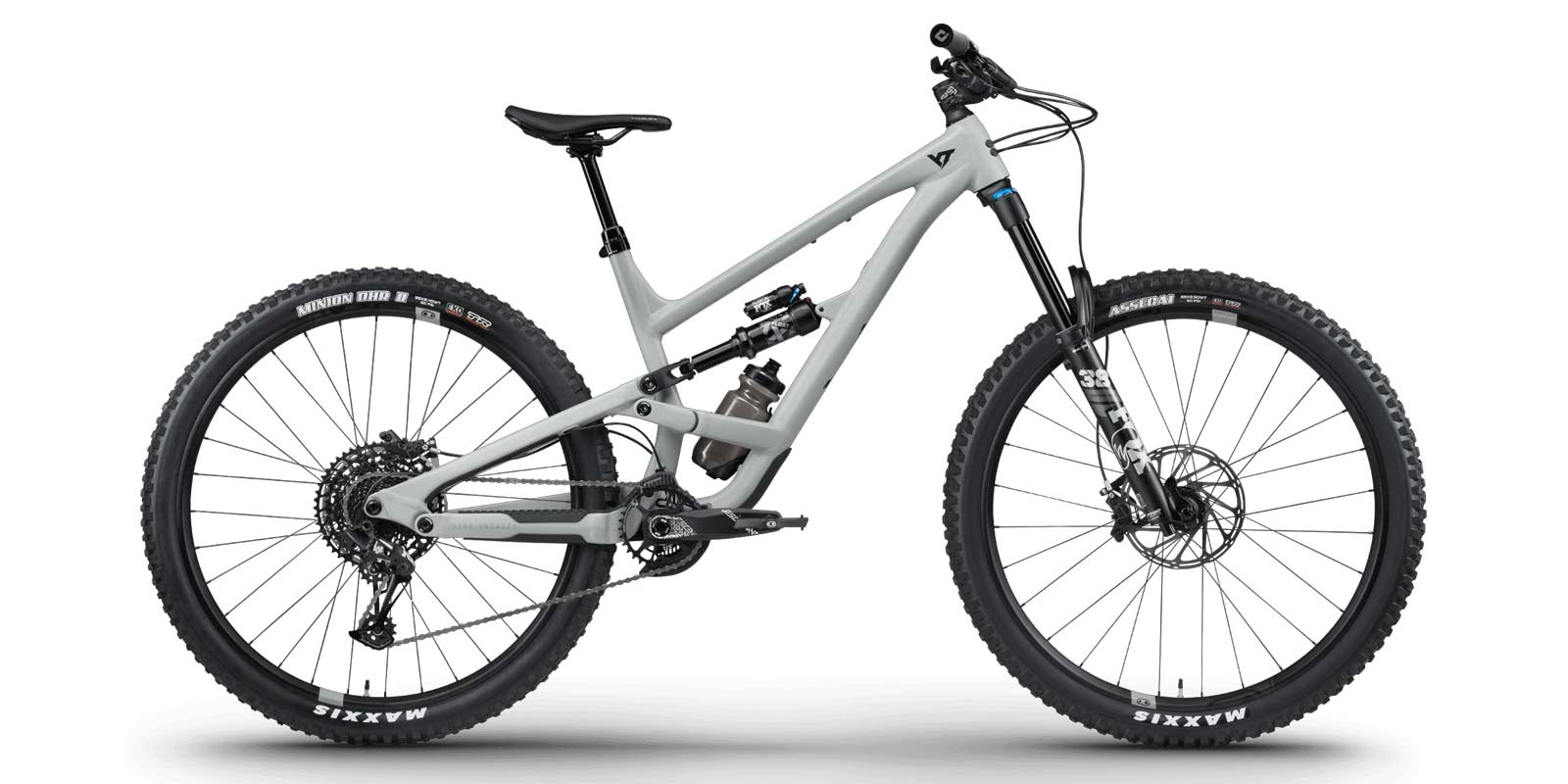 The $3,399 USD Core 2 may well be the most affordable model of the 2022 YT Capra, but it’s arguably not the best value one we’ve seen to date. The limited edition Uncaged 9 model with the Ohlins RXF38 M.2 fork and TTX22m coil shock was serious value for money, suspension components that are normally reserved for bikes with price tags upwards of $5,000 USD. Hindsight is a wonderful thing, however; the Uncaged 9 is now sold out. 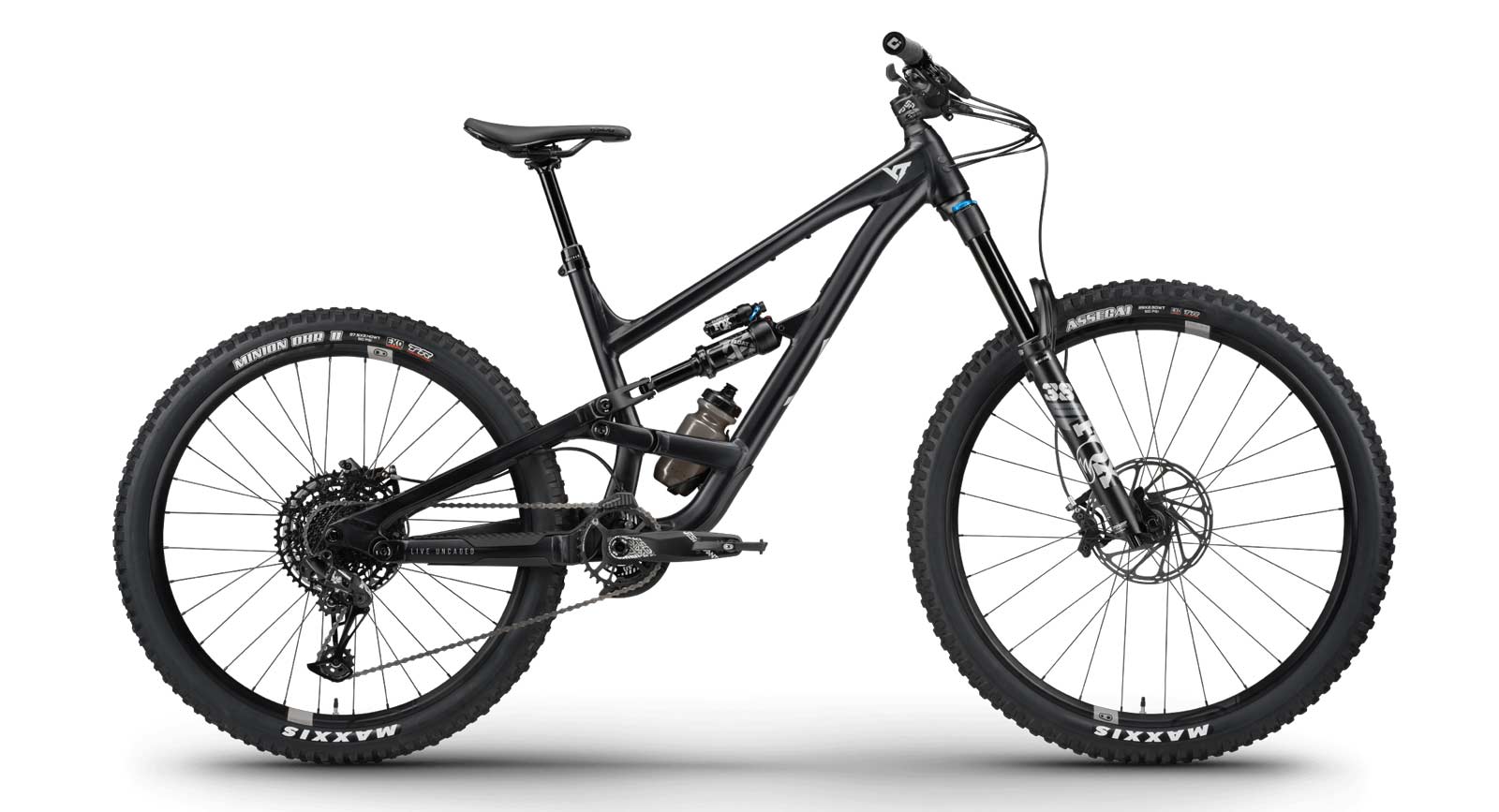 The Capra Core 2 model rolls on a Crankbrothers Synthesis Alloy wheelset fitted with the ubiquitously seen combination of a Maxxis Assegai up front and a Maxxis Minion DHRII out back. A Fox 38 Float Performance fork with GRIP damper handles 170mm of front wheel travel while a Fox Float X Performance shock deals with the rear wheel suspension. A 12 Speed SRAM NX drivetrain takes care of propulsion with an 11-50T cassette. SRAM Code R brakes take care of speed control, with 200mm rotors on the front and rear. 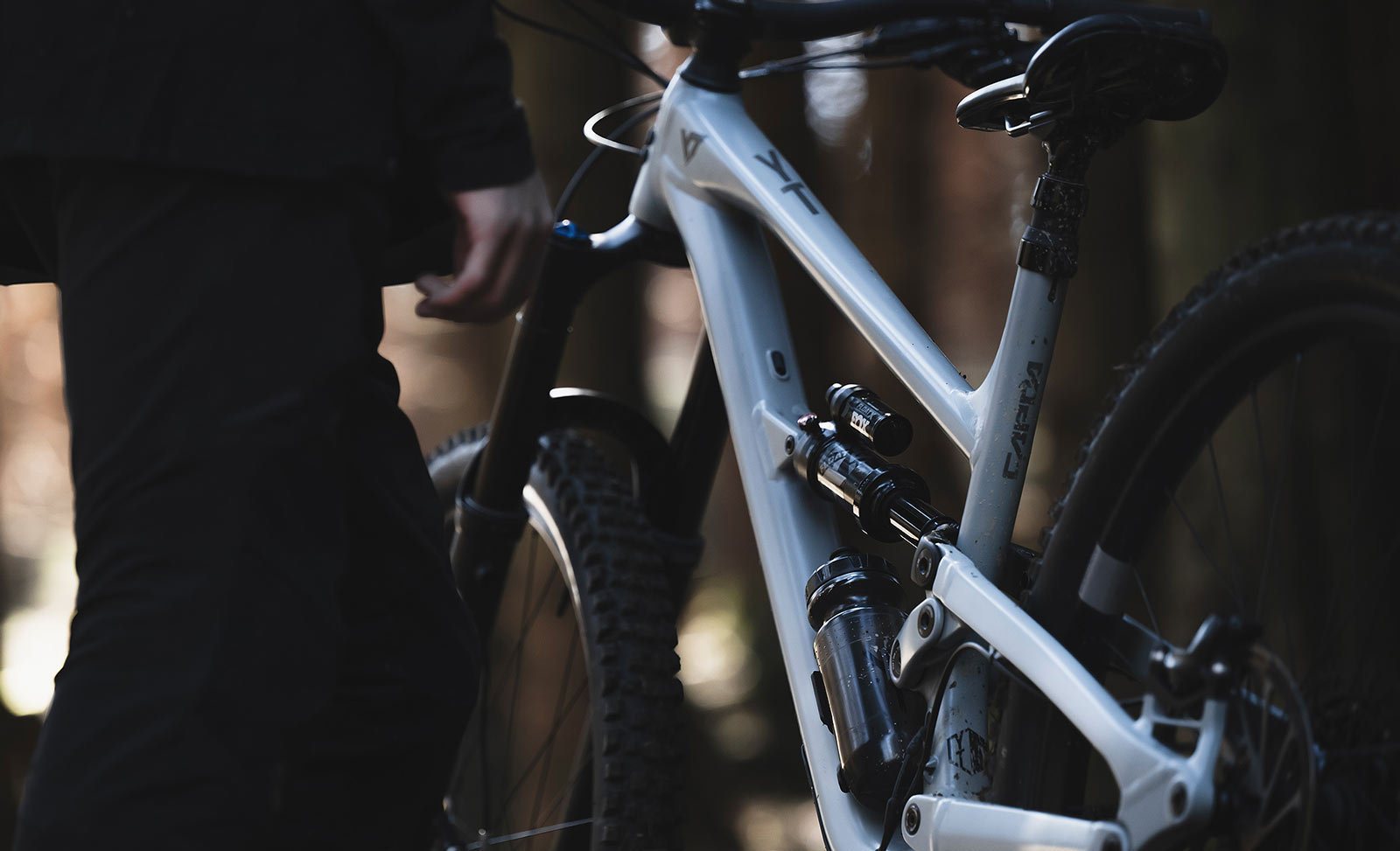 The CORE 2 gets a 31.6mm YT Postman dropper seat post and I MMX-Remote. Frame size dictates the drop length as follows:

Atop the seat post, you’ll find a custom YT SDG Bel-Air V3 saddle with the Lux-Alloy rail. Elsewhere you’ll find e13 components in the form of the TRS PLUS chain guide, and the Base 50mm stem clamping a 35mm Base alloy handlebar. ODI Elite Motion V2.1 grips make up the final contact point. I tell a lie, the final contact point would be the pedals, which the bike does not come fitted with.

Both the Core 2 29 and Core 2 MX models are available in Machine Light Grey and Black Magic colorways. Click this link for more info on sizing and geometry. 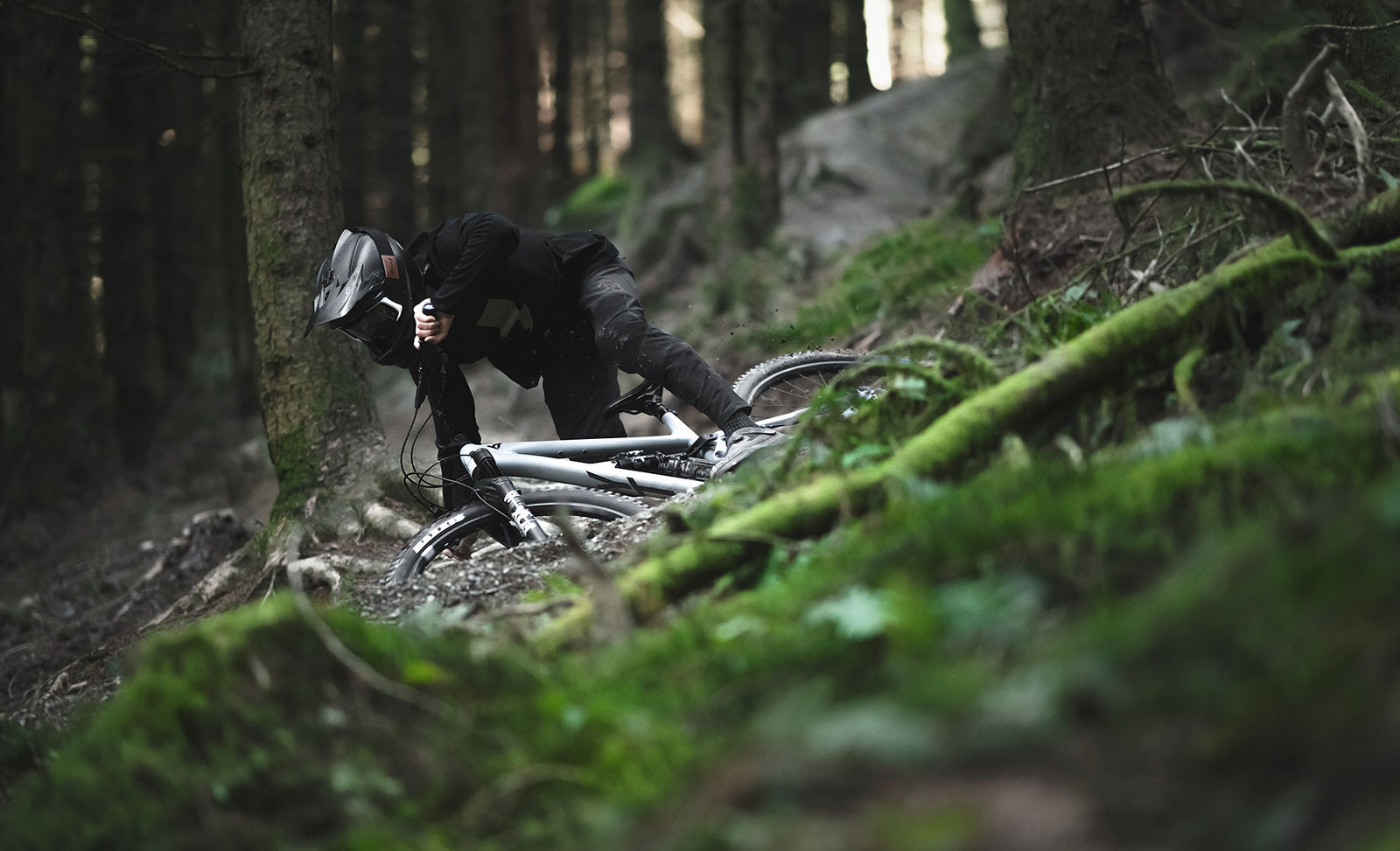