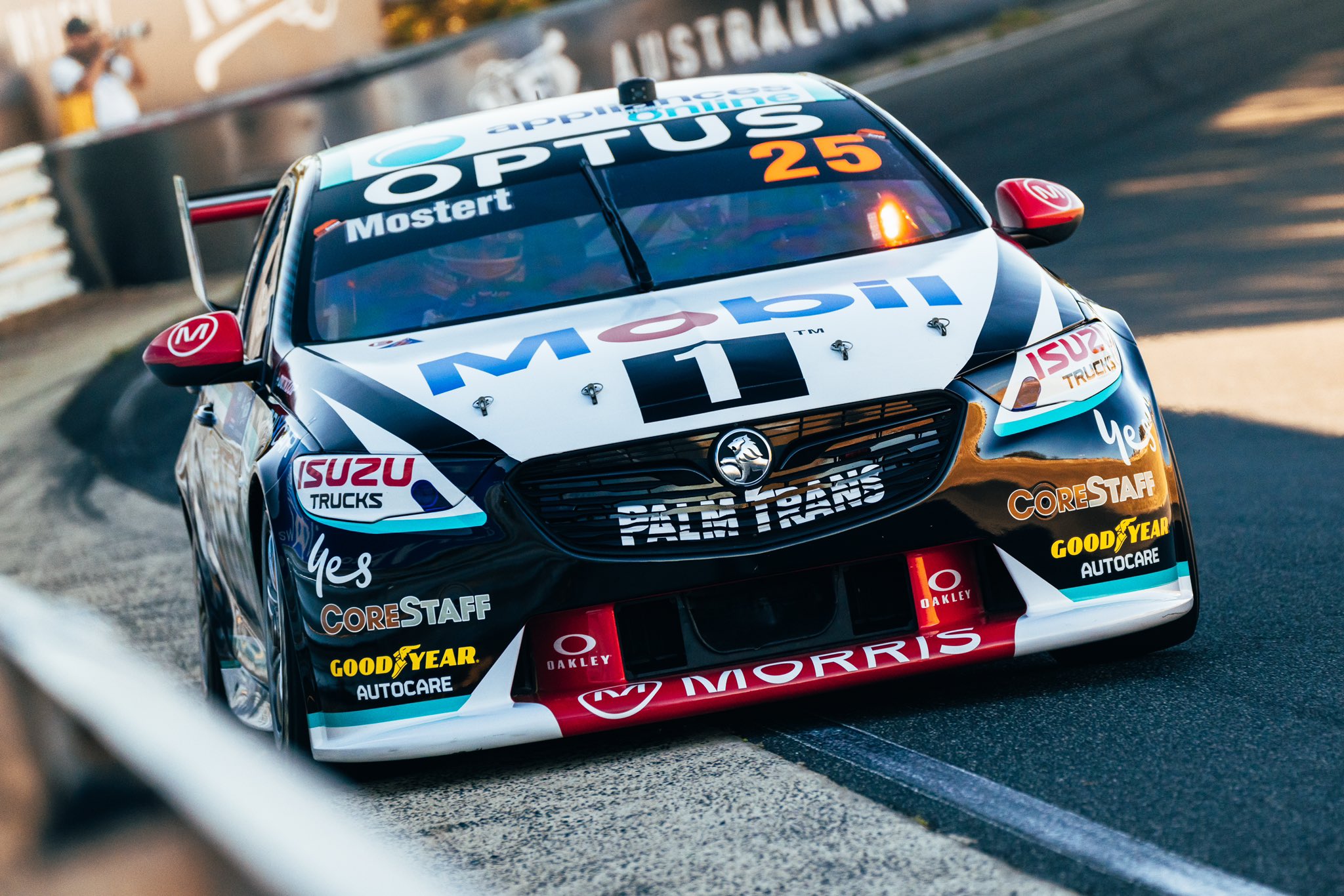 The Walkinshaw Andretti United star recorded a weekend-best fourth in Race 4, but bookended that with finishes of 23rd in Race 3 and 18th in Race 5.

In Race 3, the two-time Bathurst 1000 winner was an innocent victim in the Lap 37 clash involving Mark Winterbottom and David Reynolds.

Race 4 saw Mostert fight through from 16th on the grid to just shy of the podium, executing an undercut to finish just behind Reynolds.

Race 5 was one to forget, suffering damage to the bumper that resulted in a tyre rub and a slow pit stop, in the end gaining just one place on where he started.

Speaking with Speedcafe.com, Mostert said he had no pace from the weekend’s outset.

“Tough weekend in general, just never really felt like we had crazy amounts of speed,” said Mostert, who arrived at Symmons Plains as the championship points leader.

“In sprint races, if you qualify towards the back you’re going to race around the back. It’s pretty simple.

“The second race [Race 4] obviously played into our way just strategy-wise and ended up getting a result.

“That last one [Race 5], I got belted so hard the first couple of laps. There’s no way the car is straight.

“It’s a bit crap, but that’s what happens when you qualify back there. Guys are racing to get into the top 20 racing pretty hard.

“Around here is very tough too because you’ve got Turn 2 and Turn 4, the apex speeds are so low.

“So when you’re that far back in the pack, it’s very easy to misjudge it and nail the guy in front. I was just on the wrong end of that, unfortunately.”

Mostert said he couldn’t pinpoint where his weaknesses were and said there was an overarching feeling that his #25 Holden ZB Commodore “wasn’t great” to drive.

Qualifying was a sore point, with 13th, 16th, and 19th across the three races.

Although the drive to fourth was a standout performance for the weekend which helped him salvage some points in the title race, Mostert said he couldn’t look at the positives.

“I really can’t even think about the good result to be honest because we struggled all weekend – not good,” he said.

“We just need to look at car speed and understand why we struggled so much to make sure when we go back to [the Australian] Grand Prix we don’t qualify down the back there and get in the sheep station races.

“We’ve got to do our homework and come back stronger at the next one.”

Asked whether there was any added pressure leading into the weekend as the championship leader for the first time in his career, Mostert replied, “You guys keep bringing it up and I don’t think about it.

“I just want to win races, and after last year, we won some races.

“I’d like to at least be able to try and push those front guys to work harder for it, but this weekend I don’t think we pushed anyone.”

Mostert now sits fourth in the drivers’ championship on 417 points

The Repco Supercars Championship is led by Red Bull Ampol Racing’s Shane van Gisbergen on 562 points after his three-peat at Symmons Plains.

The third event on the 2022 calendar takes place at the Albert Park Grand Prix Circuit for the Formula 1 Australian Grand Prix on April 7-10.