With all of this in mind, it’s a surprise that the Iso Grifo A3/C isn’t considerably more famous than it is. Relatively few were made, and after Bizzarrini left Iso he created his own company specifically to build more examples of the A3/C.

Giotto Bizzarrini – Father Of The 250 GTO

There can be no denying that Giotto Bizzarrini is one of the most important Italian automotive engineers of his time. 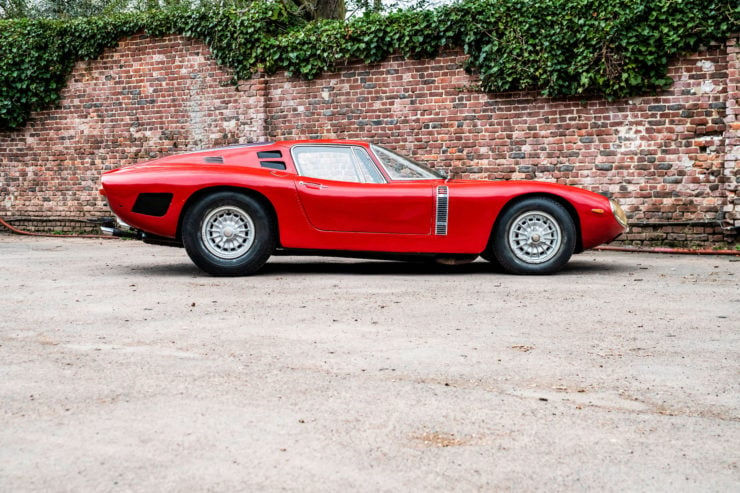 The Iso Grifo A3/C uses all of Bizzarrini’s experience with aerodynamics, to create a low, lightweight car that was capable of over 170 mph down the Mulsanne Straight.

After leaving Ferrari in 1961 after the “Ferrari night of the Long Knives,” Bizzarrini established Automobili Turismo e Sport (ATS) with some other former Ferrari engineers to build the ATS Serenissima and a Formula 1 prototype.

He would later develop the Ferrari Breadvan for Piero Drogo of Carrozzeria Sports Cars, and he was hired by a tractor manufacturer named Ferruccio Lamborghini to develop a new V12 engine for a series of high-end GT cars he had planned.

Bizzarrini would later develop the Iso Rivolta IR 300 and the Iso Grifo for Iso Autoveicoli S.p.A., taking the Iso Grifo A3/C design and starting his own marque after a disagreement with Renzo Rivolta, head of Iso.

The Iso Grifo A3/C was developed on the Iso Grifo A3/L platform as an out-and-out race car to compete at events like the 24 Hours of Le Mans, Sebring, Daytona, the Nürburgring 1000, and other major endurance events of the era.

The similar model names were separated only by a single letter, the A3/L was the luxurious GT car – the “L” stands for lusso, Italian for “luxury.” The “C” in the A3/C model name stands for “competizione” which, as you may have guessed, is the Italian word for “competition.” 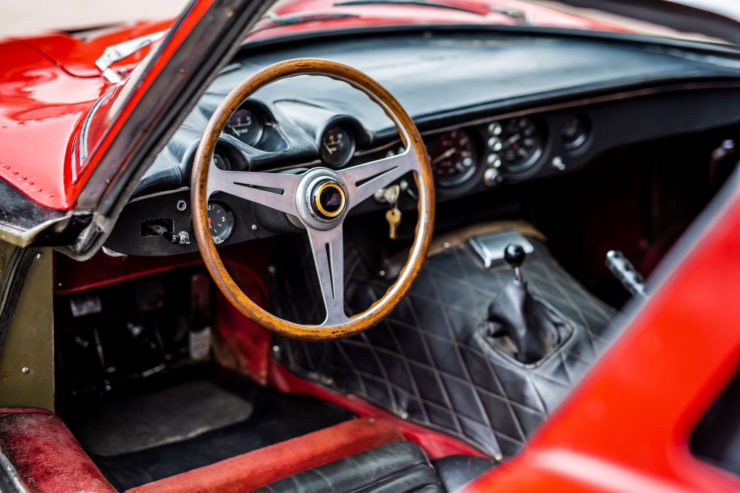 The interior of the car is purposeful, it was designed for racing first and foremost with little weight sacrificed for luxuries.

An entirely new aerodynamic body was developed for the A3/C made from Duralumin – a special alloy of aluminum, copper, and magnesium. This material was essentially impossible to weld, and so the car had many of its panels riveted into place, giving it a distinctive, almost aircraft like appearance.

Suspension and braking systems were revised to better handle the rigors of endurance racing, and the engine was moved back as far as possible to improve weight distribution, resulting in a car that is front-mid-engined.

This also meant that certain engine maintenance tasks had to be carried out from inside the car after removing a panel in the dashboard.

A year later in 1965 the Iso Grifo A3/C would finish third in class and 9th overall. These strong results have led many to wonder what might have been if the team had better funding, giving them a budget closer to that of juggernauts like Ferrari. 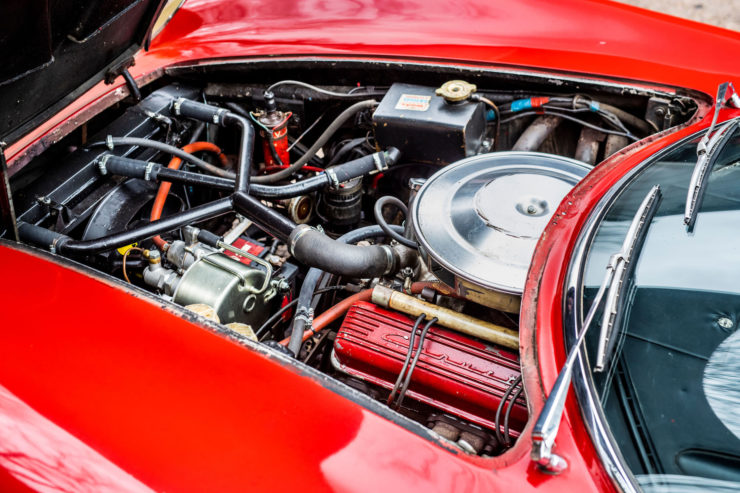 The modified Corvette engine was a favorite of Bizzarrini, he liked the immediate throttle response and its excellent reliability, which made it ideal for endurance racing.

Bizzarrini had such conviction in the design of the A3/C that after a falling out with Iso he started his own marque, Bizzarrini S.p.A., to build the car under his own name and further refine it – creating the Bizzarrini 5300 GT Strada.

The car you see here is a 1965 Iso Grifo A3/C, it’s believed to be just the 14th car produced, and it features the highly coveted flat rear windscreen – this was only used on the earliest Grifos.

On close inspection you’ll notice the rivets used to hold the Duralumin body in place, this helped to keep the weight of the vehicle to under a ton. When combined with the 350+ hp Corvette V8 and the excellent aerodynamics, the A3/C was one of the fastest road-legal cars in the world at the time.

If you’d like to read more about this car or register to bid you can click here to visit the listing. 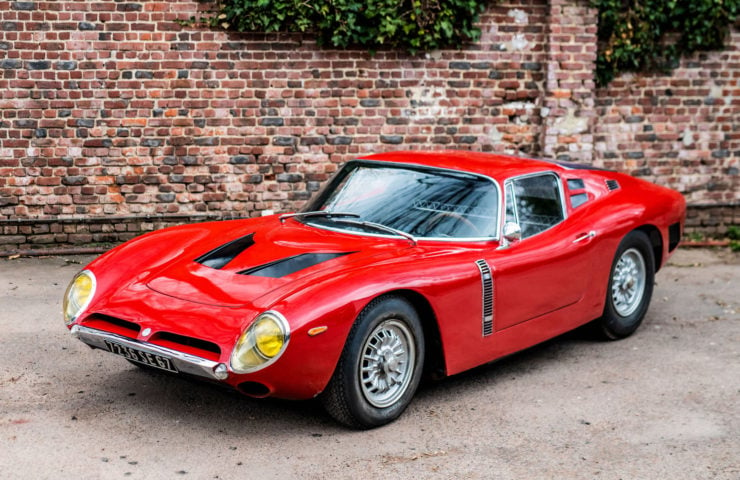 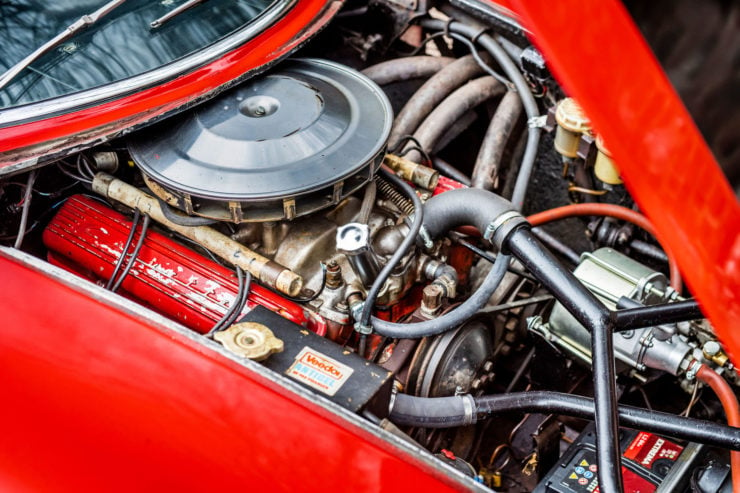 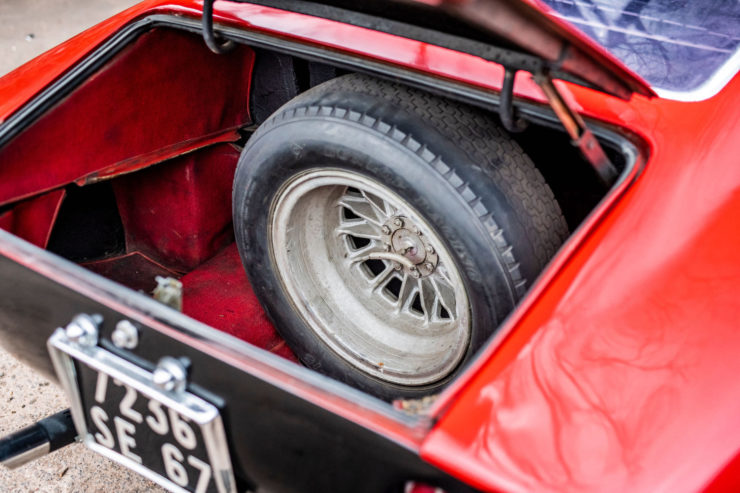 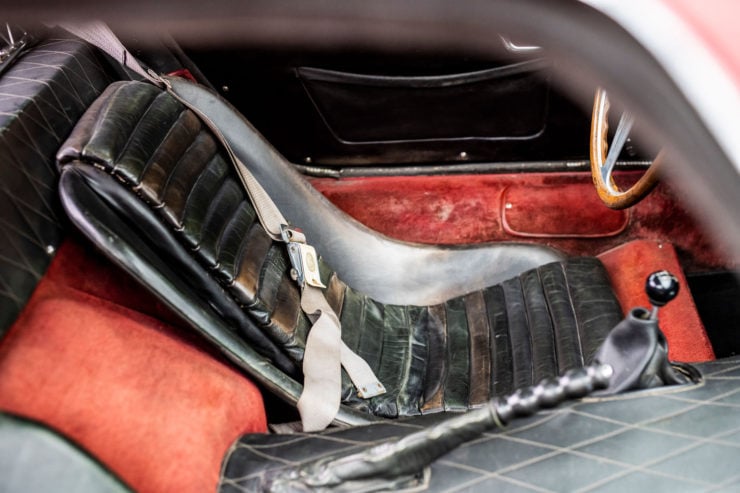 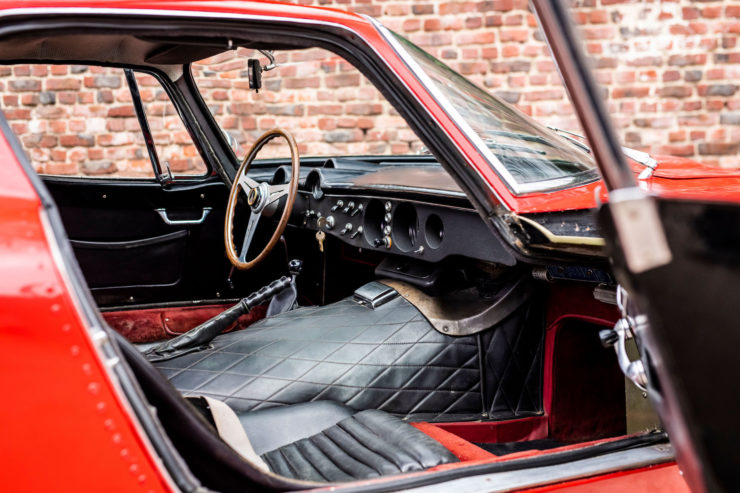 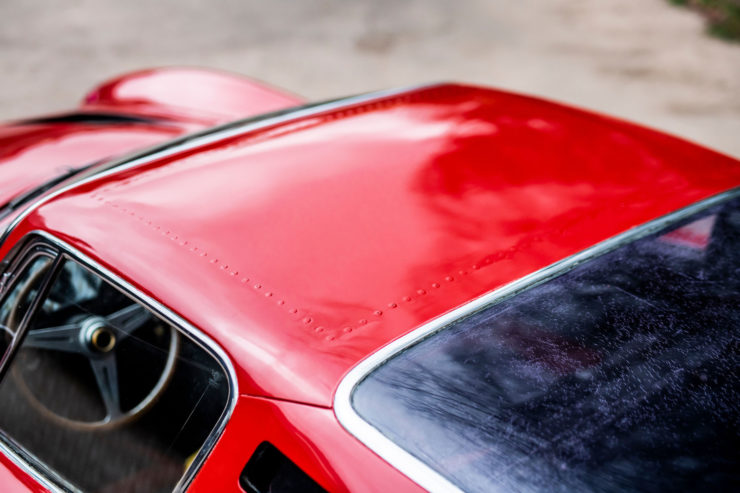 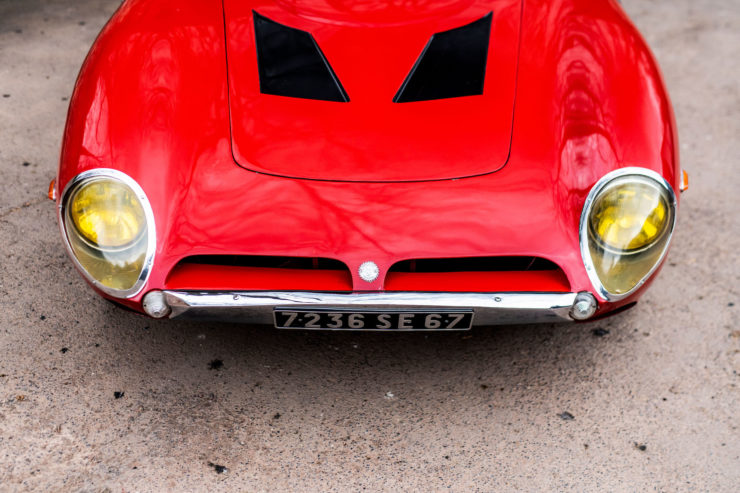 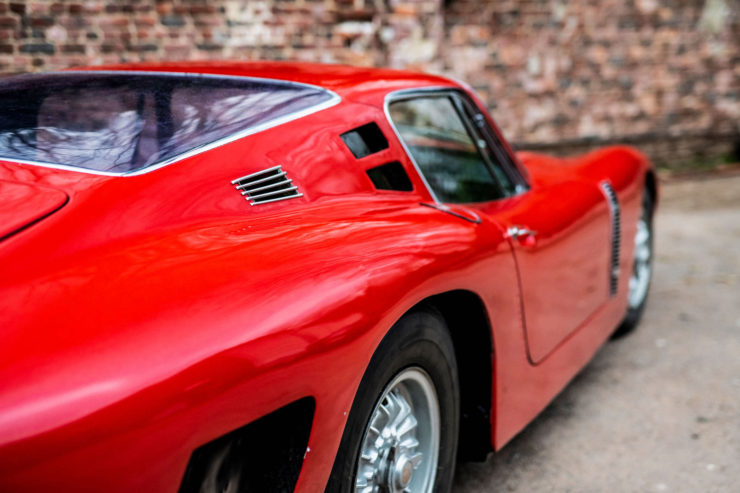 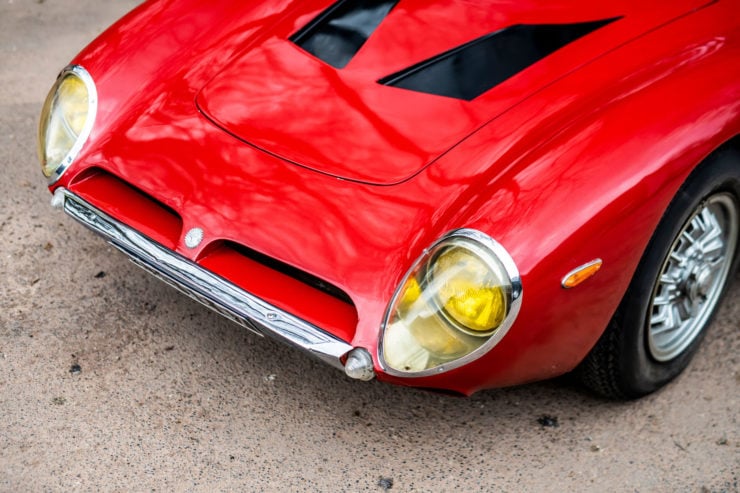 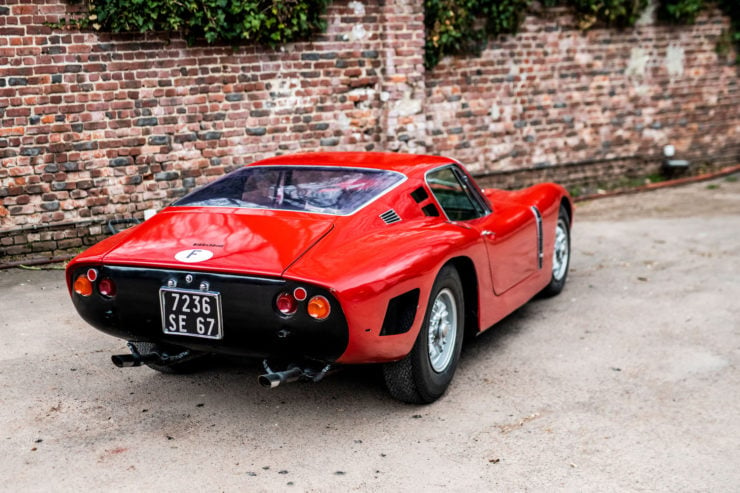 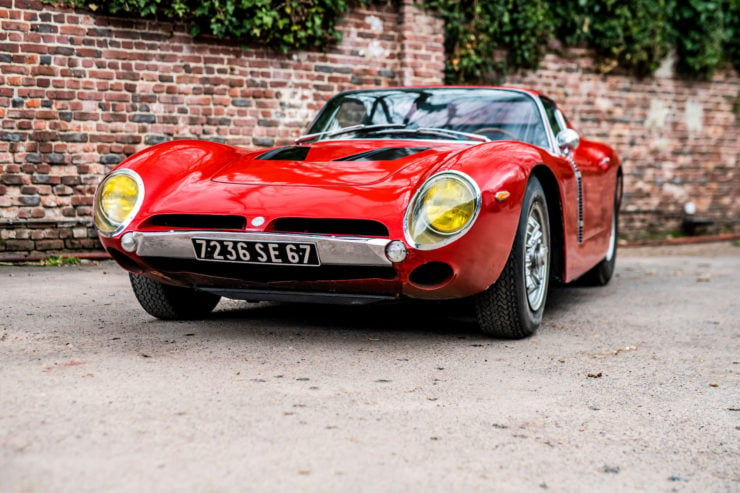 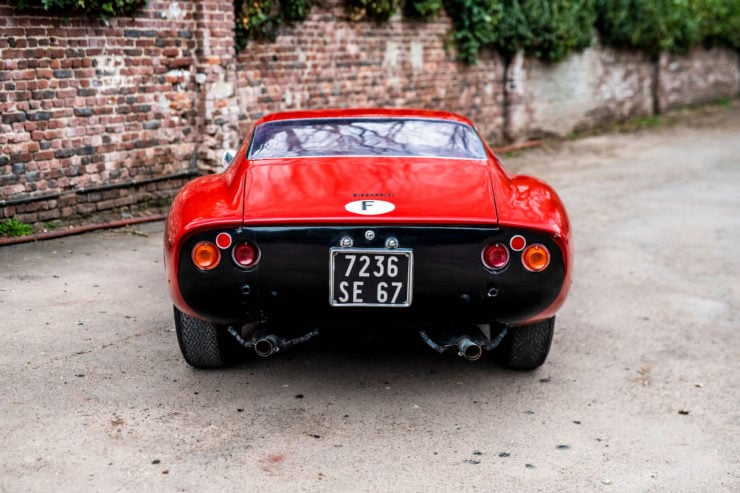 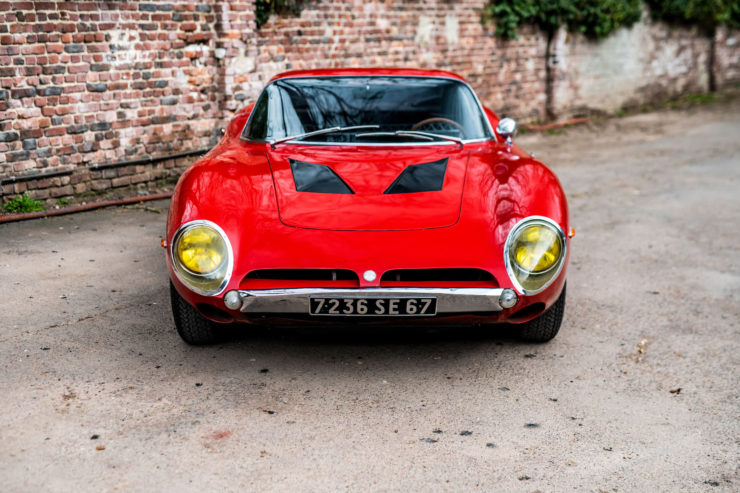 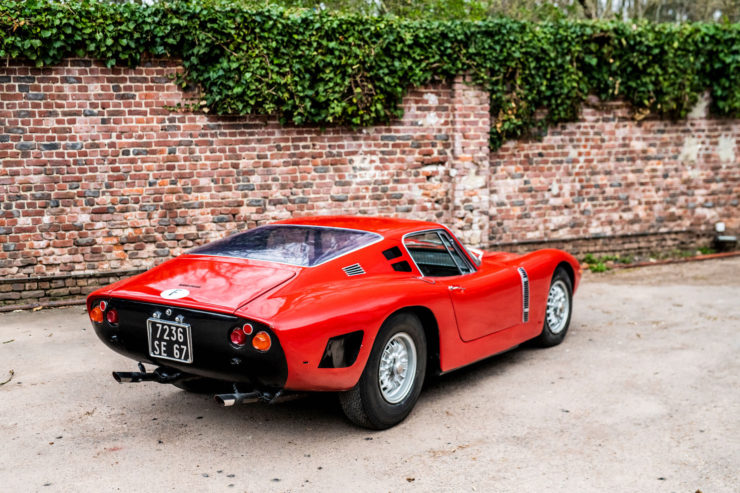