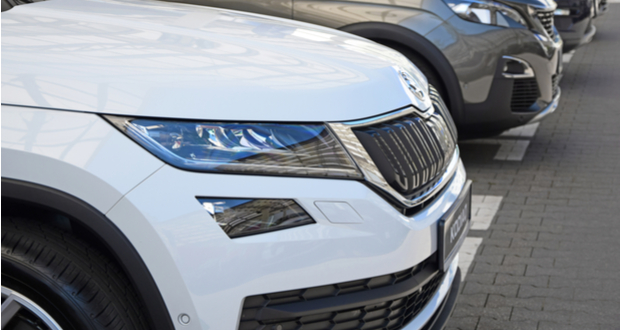 The rise of CCTV and ANPR cameras has led to a rise in criminals stealing number plates.

Last year saw 54,400 plates stolen by criminals who used them to put on vehicles top to commit an offence, trying to minimise the risk of detection.

Over the past three years, the total value of stolen cars and parts has reached £744 million.

The research, obtained from local policing authorities in the UK via a Freedom of Information Act, found that last year an estimated 474,600 parts were stolen from vehicles.

The second most stolen parts were catalytic converters, with 39,900 taken by car thieves.

It was catalytic converters that were found to be the most expensive part stolen, with the total value of items taken since 2019 costing over £16 million.

Direct Line has partnered with the University of Huddersfield on a new ‘Truth about Car Theft’ campaign.

Professor Rachel Armitage, Professor of Criminology, University of Huddersfield, said: Our research shows that theft of parts from vehicles is a common offence, as criminals see it as high reward and low risk.

“Many of the convicted thieves in our study were returning to the crime as it is an easy to commit opportunist offence, especially with many cars being left unsecured. Ease of entering or stealing vehicles was a recurring theme, with a streamlined process of selling parts and property stolen from unattended vehicles to gain cash.”