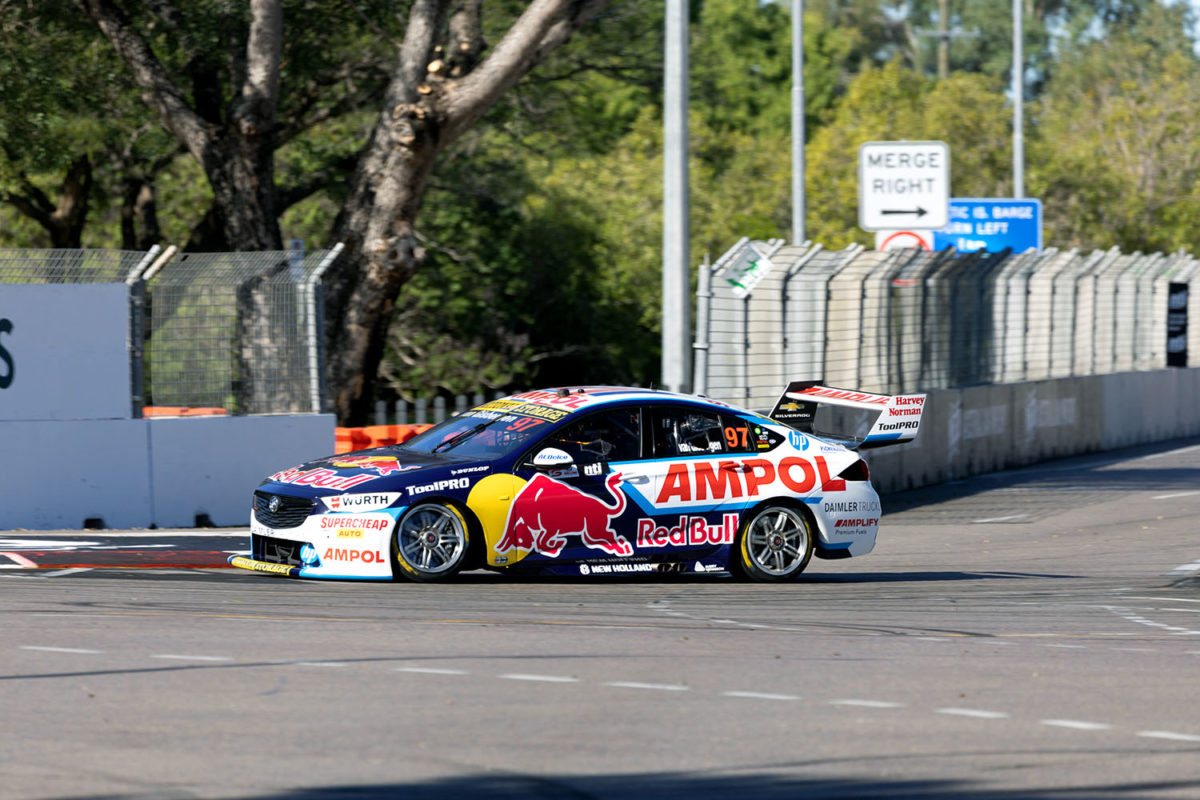 Shane van Gisbergen has qualified on pole position for Supercars’ NTI Townsville 500 opener following a Top 10 Shootout in which the top three was covered by 0.0319s.

The Repco Supercars Championship leader was one of two who saved a set of tyres on their way into the one-lap dash which finalised the grid for Race 19 of the season, and went on to set a lap time of 1:13.3674s.

Joining the Red Bull Ampol Racing driver on the front row will be the Shell V-Power Racing Team’s Will Davison, with provisional pole-sitter Cameron Waters taking third in the end in Tickford Racing’s #6 Monster Energy Mustang.

Qualifying and the Shootouts are being run exclusively on hard tyres this weekend, making for a challenge of relatively low grip around the Reid Park Street Circuit.

Davison (#17 Mustang) was fourth-fastest in Qualifying for Race 19 and hence fourth-last out for the Shootout, but first of those with new rubber, on which he stormed to a 1:13.3719s to go top.

Andre Heimgartner followed him into the track and, on used rubber, grabbed the #8 R&J Batteries ZB Commodore by the scruff of the neck to set a 1:13.6328s which left him second with two cars to go.

Van Gisbergen started his lap by missing the apex at Turn 2 but fought back to set the fastest second and third sectors in the #97 ZB Commodore.

Waters ran on used tyres and while he was fastest to the second intermediate, he drifted ever so slightly in the third sector and would check in with a time of 1:13.3993s.

Van Gisbergen said after the session, “The first sector, we lost a little bit, and then Turn 7, I mucked up, but the car is awesome.

“We were one of the only guys on new tyres then so that helped us, but to be on the front row here for this afternoon is a huge help.

“Obviously, Cam has probably been the fastest car and to be that close on old tyres is pretty impressive, so we’ll just see what happens.

“[We need] Patience in the race and then I guess we’ll all put [super] softs on at the end and see where we end up.”

Earlier in the session, Anton De Pasquale (#11 Shell V-Power Mustang) put in a tidy 1:13.7108s to qualify fifth in the second of the Dick Johnson Racing entries.

It had been Truck Assist Racing’s Jack Le Brocq (#34 ZB Commodore) who was provisionally fifth and he almost maintained that, with the 1:13.8318s which he set in the one-lap dash good enough for sixth all told.

Chaz Mostert took the left mirror cover off the #25 Mobil 1 Optus ZB Commodore on the way out of Turn 3, then used all of the exit space available at Turn 6, on his way to a 1:13.8653s which saw him remain seventh.

Broc Feeney (#88 Red Bull Ampol ZB Commodore) clocked a 1:14.0831s after a somewhat ragged first sector to qualify eighth, matching where he was before the Shootout.