LIVE straight from Munich reveal of the new BMW 7 & i7.

It is a beautiful spring morning in the lovely city of München, the sun is out, the birds are chirping, the air is crisp and we are here in Olympiapark on our first-ever Worldwide exclusive preview of BMW’s latest flagship, the new BMW G70 7 Series. Here’s a quick rundown on some of the latest 7’s key features. details as well as my own personal take on the exterior design. 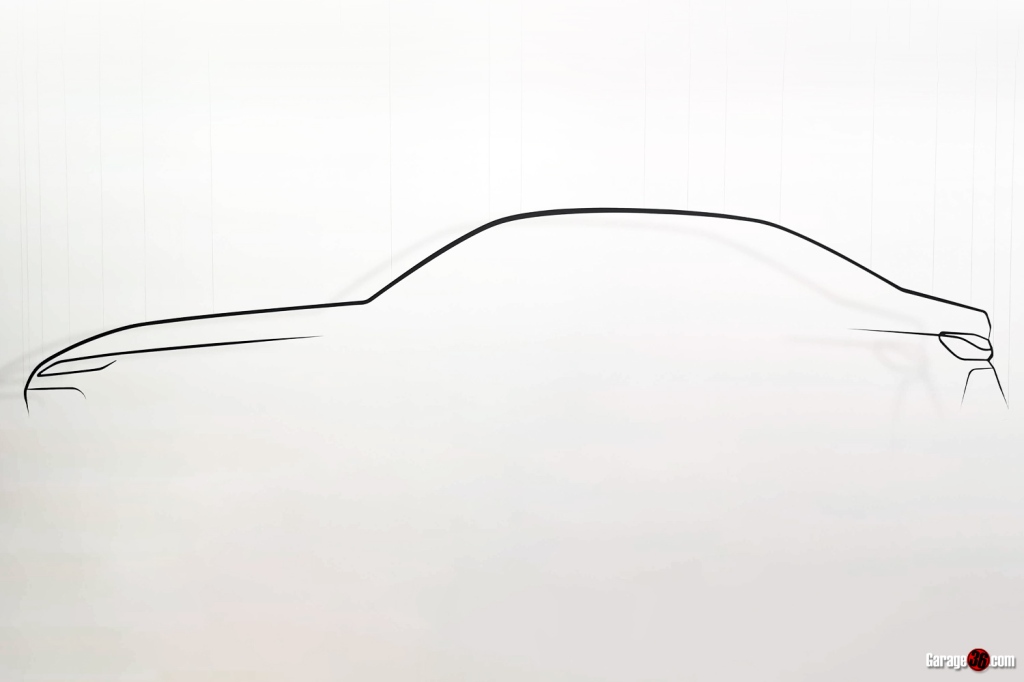 Conceived from the ground up for those who demand only the best, the new 7 has been built on a flexible new vehicle architecture that had been conceptualised to take on three different drive types from the outset, the 7 can be equipped with a range of internal combustion engines (all equipped with their latest 48V mild-hybrid system), a plug-in hybrid drivetrain and BMWs piece de resistance, the all-electric BMW i7. 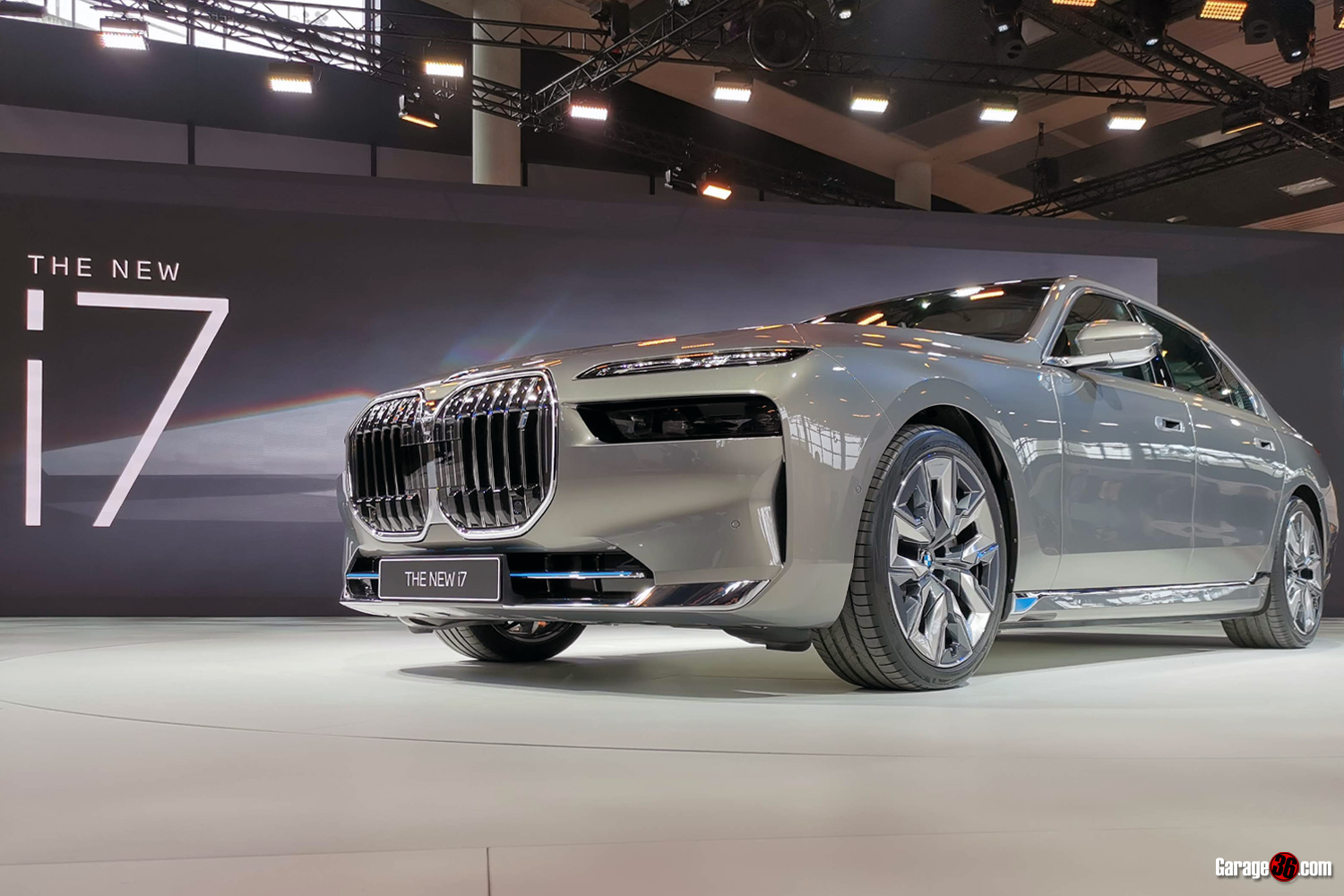 While carrying the flagship torch at BMW might seem to be a rather daunting task, the i7s very impressive list of technologically advanced underpinnings, experiential elements and innovative thought processes behind each design element offer an extremely convincing argument to anyone who might harbour even a sliver of doubt.

With the i7 xDrive60 being the only available model from launch, it features dual electrically excited synchronous motors, built without the use of any rare earth materials, to generate a combined maximum output of 544 hp along with a generous spread of 745Nm of torque readily available from standstill to silently hustle itself to 100km/h in an impressive 4.7 seconds up to its electronically limited maximum velocity of 240km/h. This silent whisper of sheer electrical power has also been aided by model-specific motor mounting and noise encapsulation techniques.

Underpinning this instantaneous power delivery are its all-wheel-drive and stability systems, all intelligently connected to provide not just a thrilling amount of forward momentum, but also an engaging amount of lateral fun across all weather conditions.

As expected, BMW have also given the i7 a mighty amount of range, averaging between 590 to 625 kilometres in the WLTP cycle. The i7s impressive long-distance credentials are also backed up by an adaptive recuperation system that has been further developed and honed from the iX and i4, and a new charging process that allows for a smoother rate of charging that can give an additional 170 kilometres of range with a ten-minute juice up at a high-power charging station. 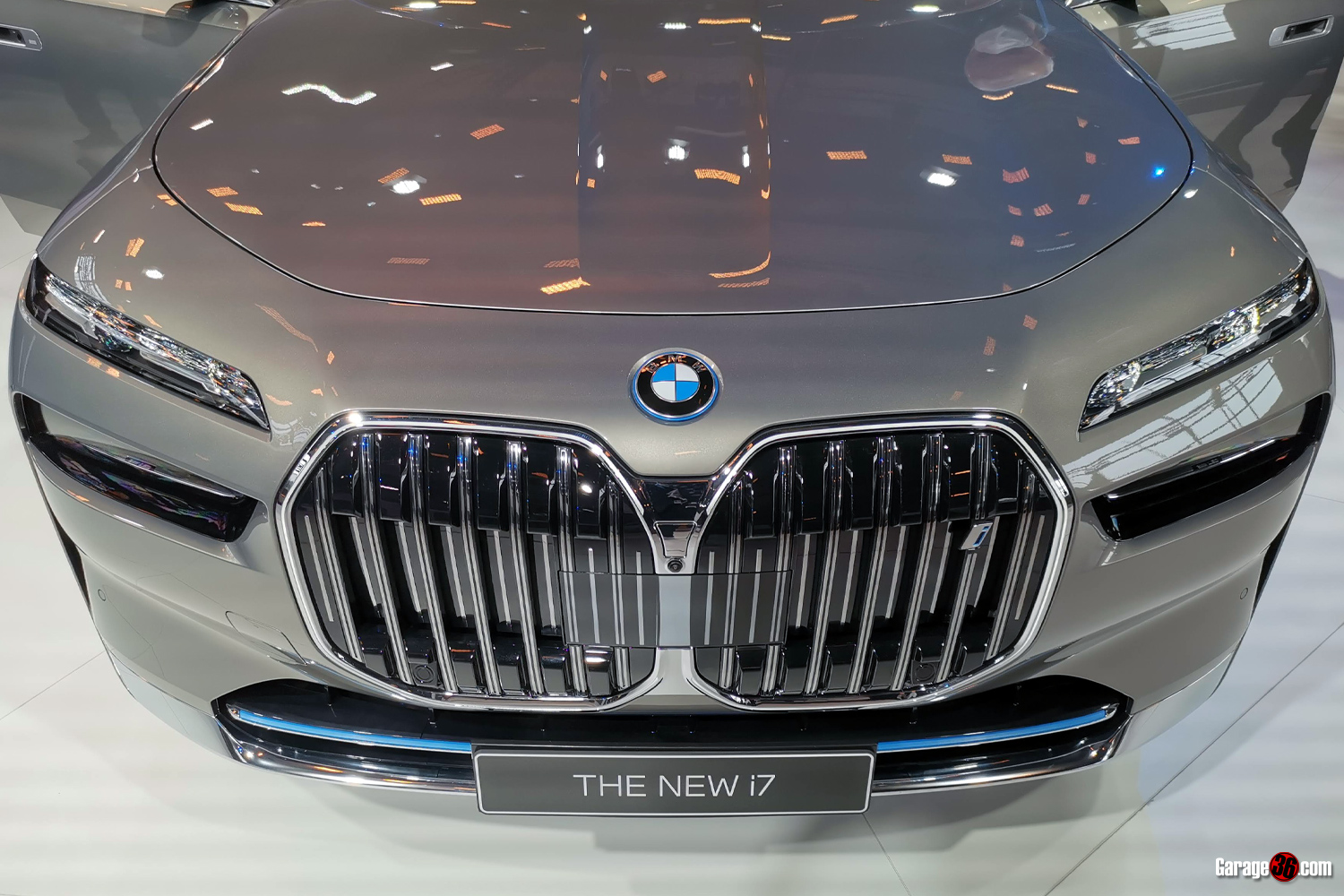 Of course, now, one cannot look at the new 7 and not have an opinion about the design, my overall feel though is that similarly to most of the other new BMWs, it does look much better in person than in photographs. That said, there is no escaping the fact that the new face of the 7 will be quite a polarising design amongst fans of the marque.

Starting off with the rather generously sized grille, illuminated on the i7, while definitely a very prominent design feature of the new 7, is now no longer the most interesting visual aspect of the car. That accolade now belongs to the very distinct split headlamps, with the exquisitely crafted Swarovski crystald daytime running lights sitting atop the units meant for nighttime illumination. 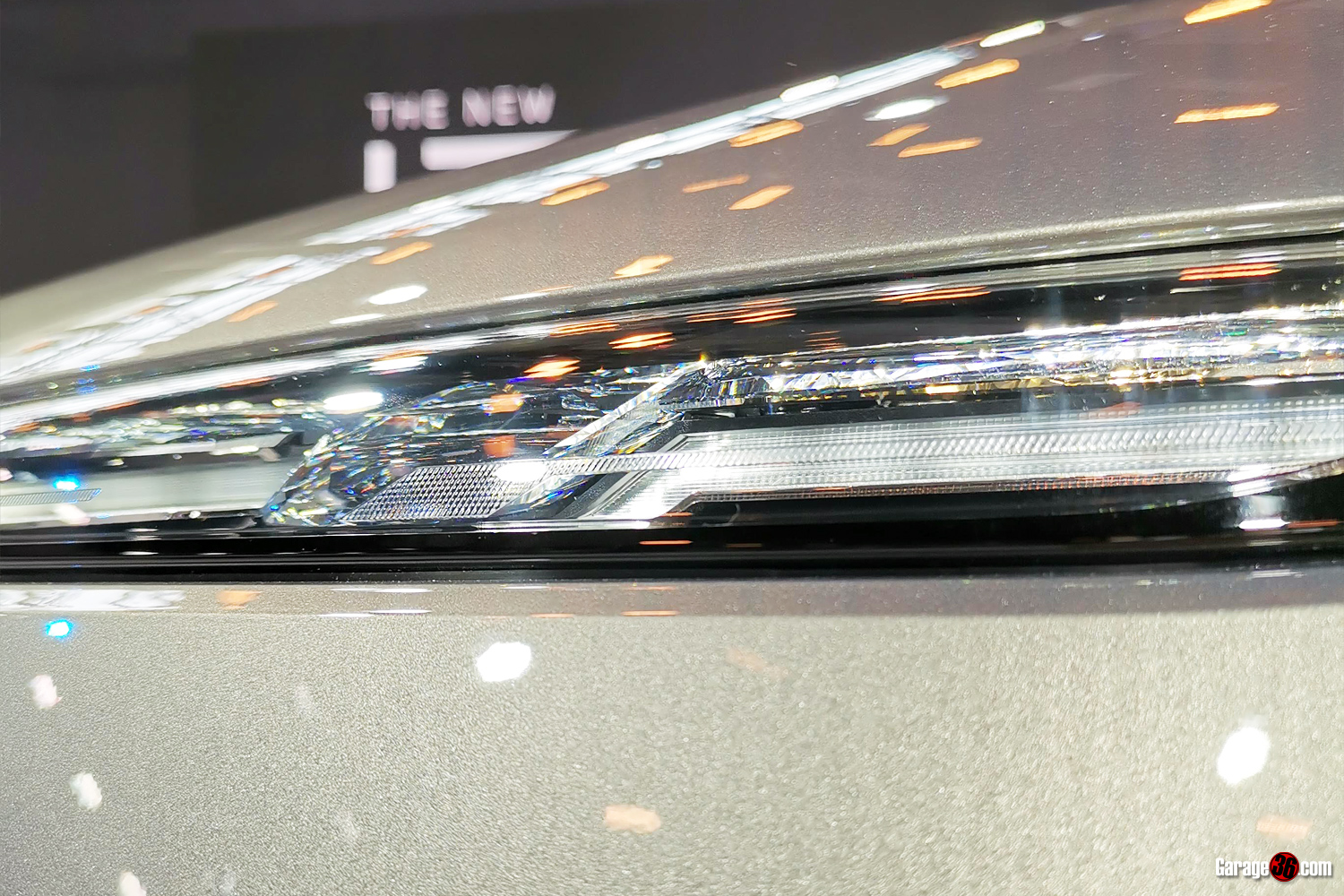 While the stacked headlamp arrangement might have run the risk of looking rather conflicting on their own, their use of the surrounding painted surfaces to envelop the large kidney grilles does help to create a more cohesive frontal design. 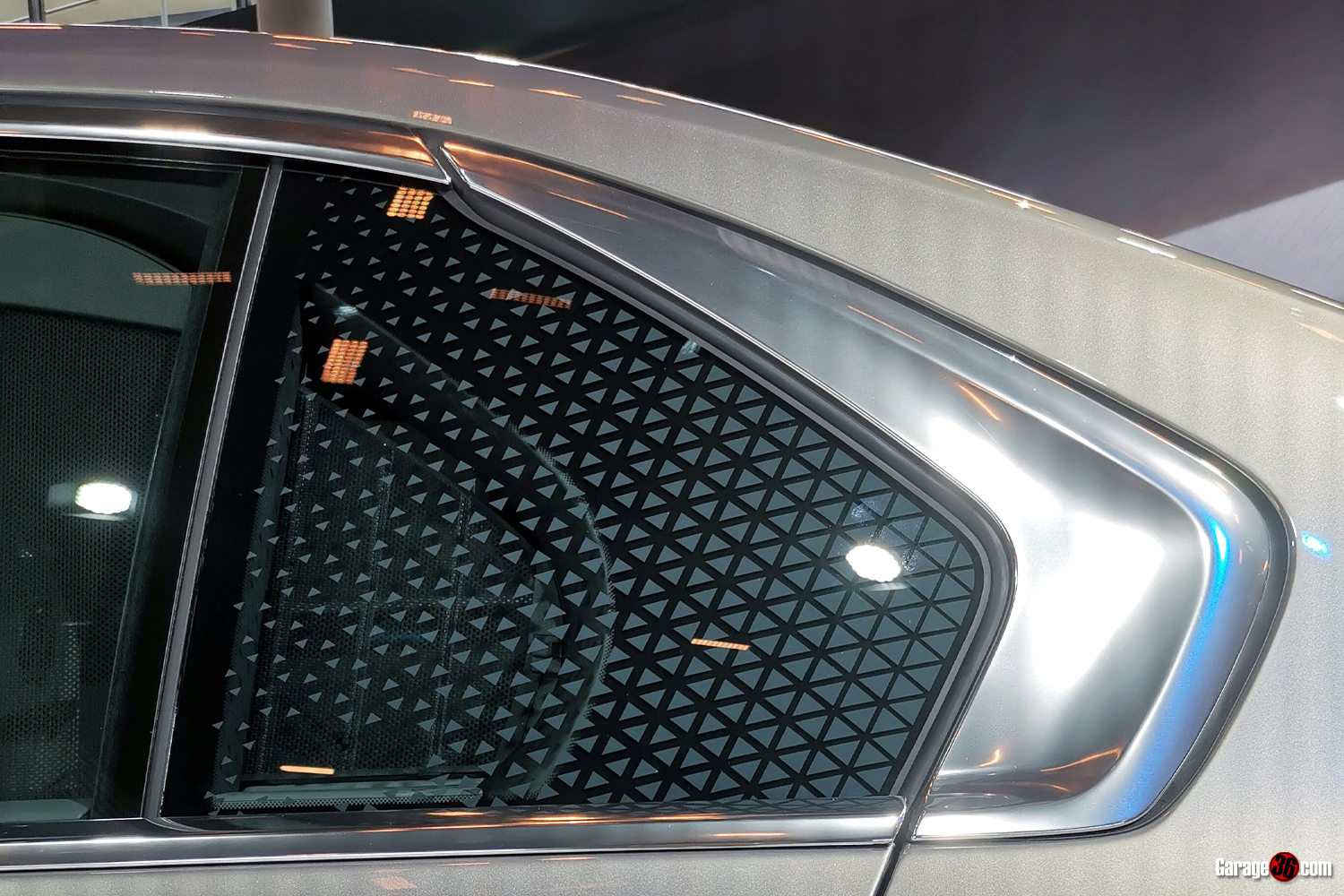 Towards the rear, the Hoffmeister kink is now framed by a rather sizeable yet sculptured piece of satin metal and upon opening the door, showcases an interesting frameless rear-quarter glass. 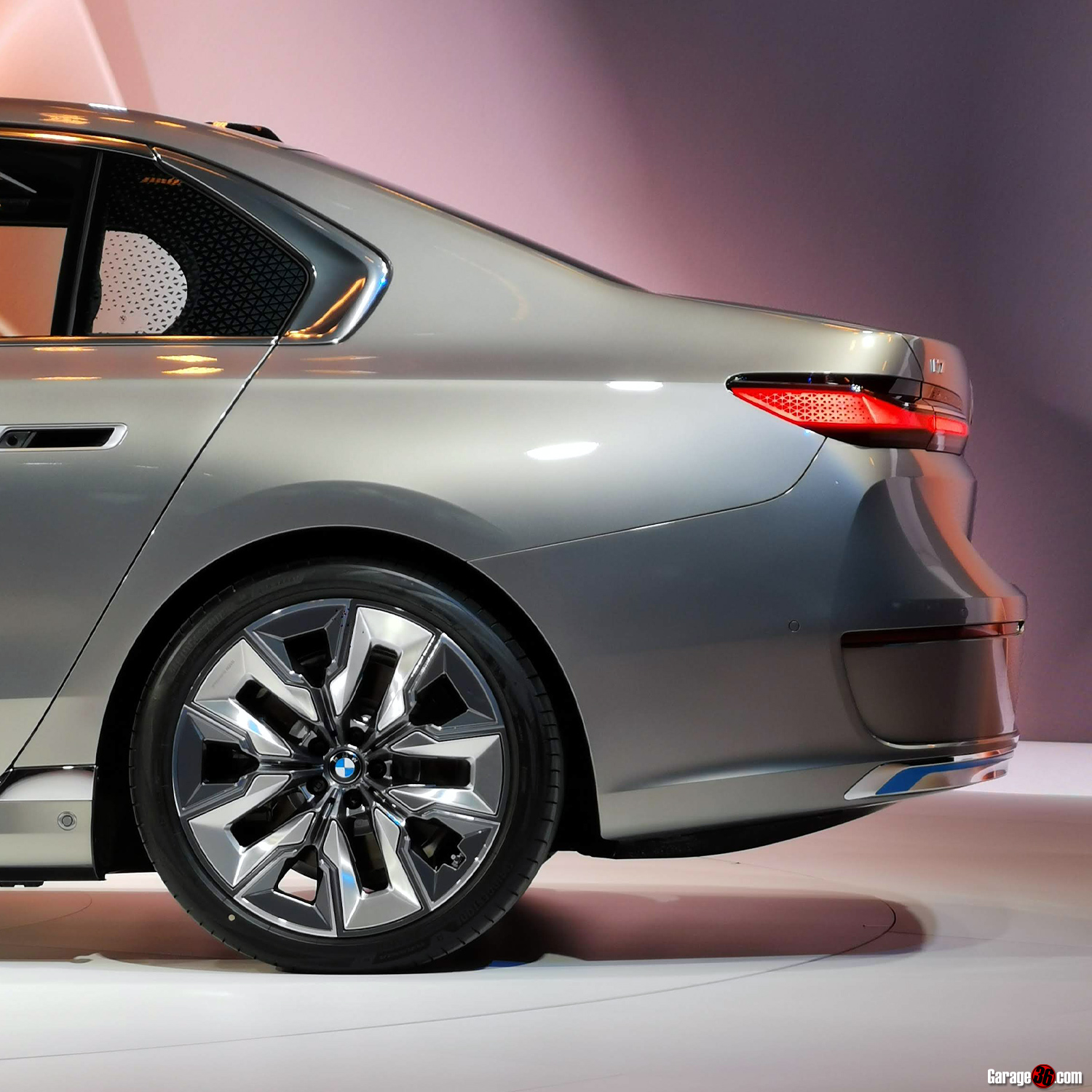 As mentioned by a few others before, the raised rear deck does have hints of the E32, faint, but still, hints nonetheless. This higher rear deck has also allowed the rear glass to sit at a steeper and sleeker angle.

There were some areas of the aesthetics that did detract from the overall visual appeal of course, like the glossy plastic front radar and sensor covering plate which we wish could have had a more elegant solution. For those wondering about the protruding bump inserts in between the grilles, those were added to cater for safety legislation reasons due to the illumination that now adorns the grille.

Another area where safety concerns have meant a slight compromise on the design is the noticeably lengthier frontal overhang, once again designed to accommodate for the i7s added mass in the event of a catastrophic accident. That said, the new 7 while radically revolutionary in certain aspects is still, in the end, represents a more evolutionary approach to the overall aesthetics, maintaining a strong visual lineage to its predecessors.

Though in quite a break away from the 7s of the past, the latest model will now only be available as a long-wheelbase variant, sadly doing away with the sportier standard-wheelbase models.

And for those who really want to stand out from the crowd., BMW now offers a rather striking new Rolls Royce/Mayback-Esque two-tone Individual paint finish.

Seen here is also the M-sport variant, with its more angularly sculptured bumpers, sportier wheels and black accents liberally applied throughout the body. 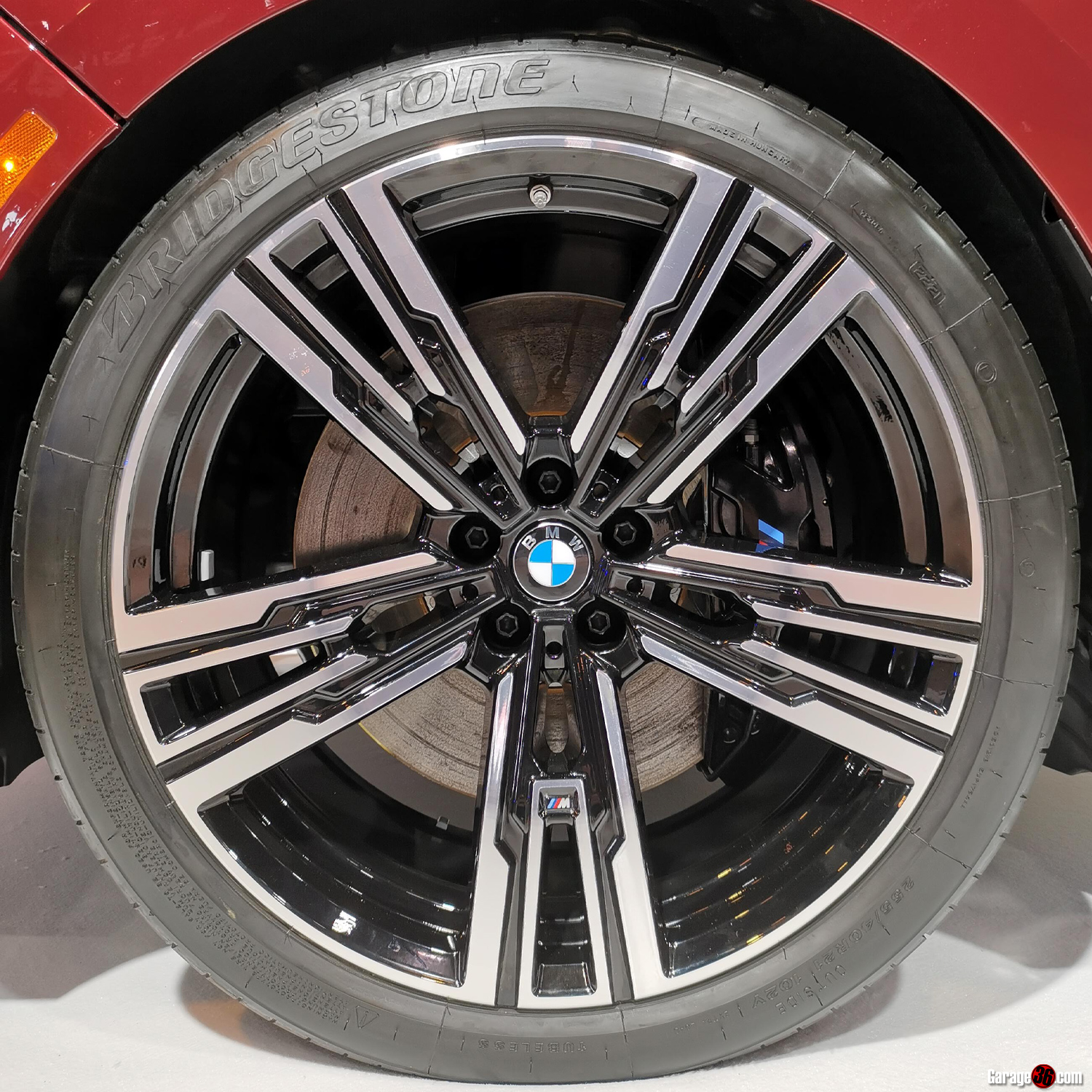 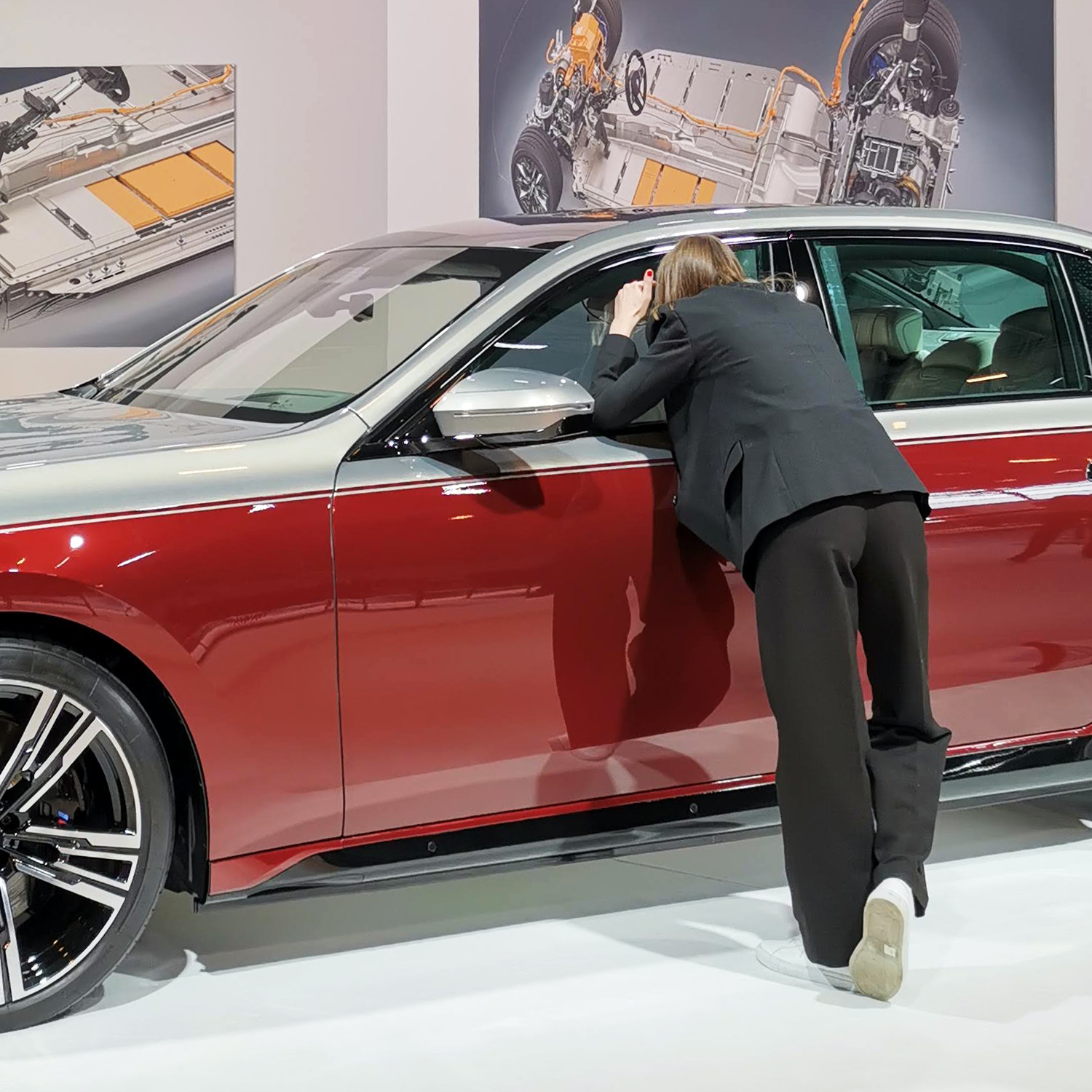 Looking inside, the new 7 represents once again, another step (or two) ahead in its interior in both form and most certainly, function

As seen on the iX, the wide curved display has also made its way into the new 7 and while I adored the iXs lovely interior, the new 7 has brought the interior game up to another level with superlative textures, materials and crystal panels now surrounding the entire cabin acting as both a visual delight and as an interactive element between the vehicle and occupants. It truly is a sight to behold.

Adding to the atmosphere of the cabin is a very unique selection of materials to further elevate the interior, cashmere wool for the seat surfaces, crystal buttons, open-pored wood trim and stainless steel speaker covers.

These crystal buttons also activate one of the new 7s party pieces, the automated door opening and closing functions.

But of course, quite literally the biggest key feature of the interior has to be the very impressive theatre touchscreen display measuring a full 31.3 inches across with Amazon Fire TV built-in. Paired with the 7s Bowers & Wilkens optional 36-speaker, 1,965 watt Diamond Surround Sound System, the BMW theatre screen can deliver an experience quite unlike any other youve experienced in a car. It is genuinely mind-blowing, and all can be controlled from the rear via integrated touchscreen panels located on each door.

Also impressive from an engineering standpoint is all the work that has gone behind to ensure all safety and crash protection aspects of the interior were met during its development with the theatre screen added in. It must have caused plenty of sleepiness nights.

For those who prefer a more traditional drivetrain, BMW also showcased an M-performance equipped 760i draped in satin black paint with gloss black trim accents all around.

While Im sure many will like this stealthy colour, Id much prefer a less menacing outlook. 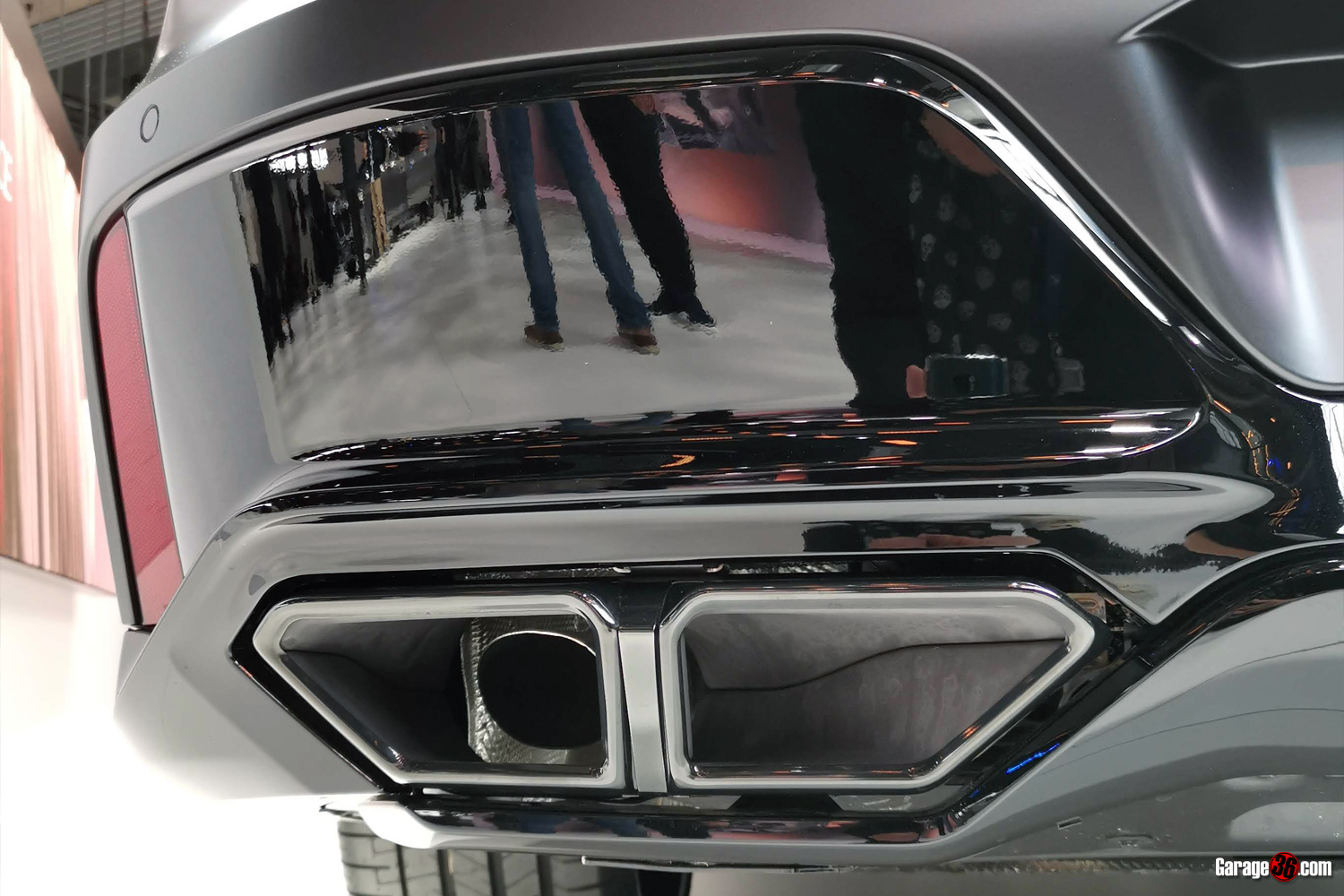 With a 4.4-litre V8 slotted underneath the bonnet, passengers probably wont get much time to finish any movie.

The new 7s automatic doors can also be activated from the exterior with these small pushbuttons located inside the flushed door handles.

To wrap up from Munich, while the latest 7 definitely has its individuality aspects covered when it comes to its distinctive styling and hugely impressive exclusive features, it does at the same time represent choice. A choice to do things differently when it comes to engineering and crafting an excellent automobile, a choice for going against the tide of design and embracing change, and a choice to create their masterpiece by constantly looking ahead.

Thank you for reading.

Do forgive me if I did not cover much on the details, it was a rather short yet hectic event to cover after arriving from Singapore just a day before.