This TVR Tuscan was built by the TVR factory race team for the 1999 season of the TVR Tuscan Challenge, a one-make British racing series dedicated to the second generation Tuscan – the car you see pictured above and below.

After it had been built by the TVR factory race team it was delivered to Mike Jordan’s Eurotech Racing team who then added a slew of improvements. The car would go on to win multiple races, culminating in a second place finish in the championship in 2000.

TVR is a British sports car marque that was originally founded in 1946 by Trevor Wilkinson, the company name was famously formed by removing he letters r, e, and o from the founder’s name, resulting in TVR.

Some have described TVR as being a hairy-chested alternative to Lotus, a company known for its finesse and precise handling. By comparison, TVR has produced a series of fire-breathing V8 and straight-six sports cars known for their total lack of safety features and their sheer speed.

Many TVRs over the years have used a tubular steel backbone chassis, independent front and rear suspension, and a lightweight fiberglass body – not dissimilar to Lotus.

As with many small-volume specialist automakers, TVR has suffered its fare share of financial instability over the years, with ownership changing a number of times and production stopping then restarting accordingly.

Most recently the company was bought in 2013 by a syndicate of British businessmen led by Les Edgar. A new TVR Griffith was unveiled at the Goodwood Revival in 2017 and was slated for production however this process stalled. 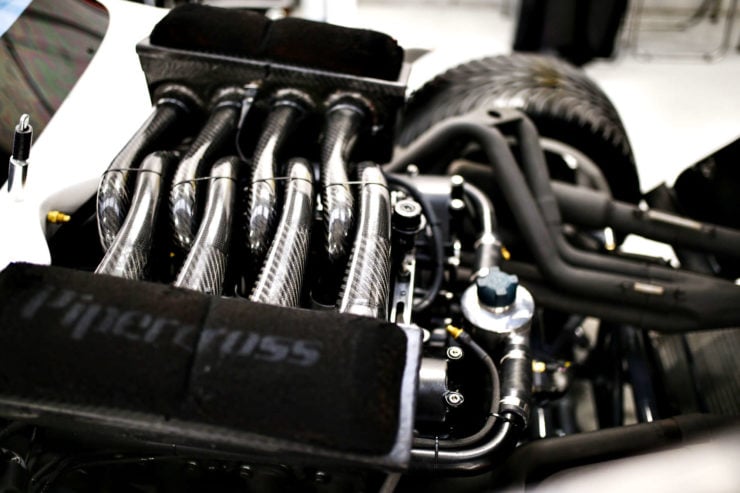 In the company announced a multi-million pound investment from green lithium mining company Ensorcia, as well as a new proposed electric vehicle. TVR is now a sponsor of the 2021 2022 Formula E rounds in Monaco and London, and they’re planning to release an electric Griffith in 2024.

The second generation TVR Tuscan was unveiled in prototype form at the 1988 British Motorshow, the original plan was to develop a production, street-legal version and a race version.

The car was powered by two engines over its production, initially by the venerable Rover V8 and later by the TVR Speed Eight engine (AJPV8) that had been developed specifically for TVR by Al Melling and John Ravenscroft.

The initial plans to create a production version of the TVR Tuscan were eventually shelved due to the fact that the company’s attention was focussed on developing the upcoming Griffith and Chimaera production cars. 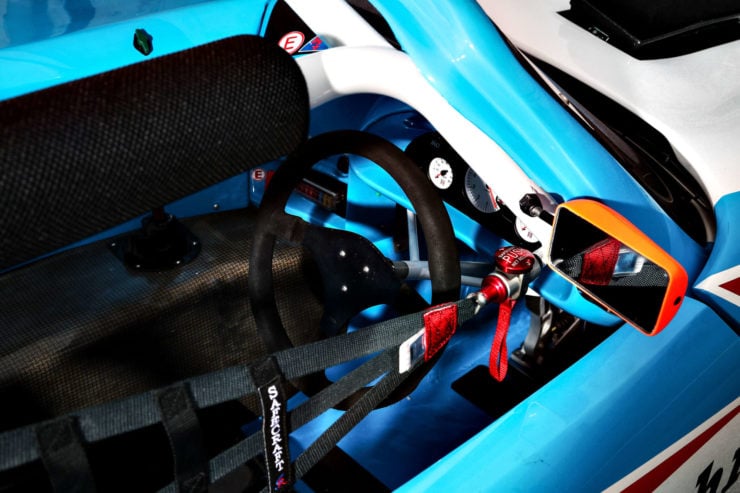 As a dedicated race car, this Tuscan has a stripped down interior with plenty of side impact and roll over protection built in.

TVR offered the racing version of the Tuscan to anyone who wanted to join the one-make TVR Tuscan Challenge, a number of privateers, racing teams, and dealers bought cars and entered the series.

Starting in 1989, the racing series became well-known in the UK for its hard-fought battles and many up and coming drivers cut their teeth in the series including Jamie Campbell-Walter, Bobby Verdon-Roe, Martin Short, and Michael Caine.

The chassis that underpinned the Tuscan was redeveloped over time, by the end it had been completely reengineered to ensure it could cope with the ever increasing horsepower levels.

As mentioned above, early cars got the Rover V8 and later cars were equipped with the considerably more advanced TVR Speed Eight engine, internally codenamed AJPV8. The cars had all independent suspension, disc brakes at all four corners, and a 5-speed Borg Warner T5 manual transmission sending power back to the rear differential. 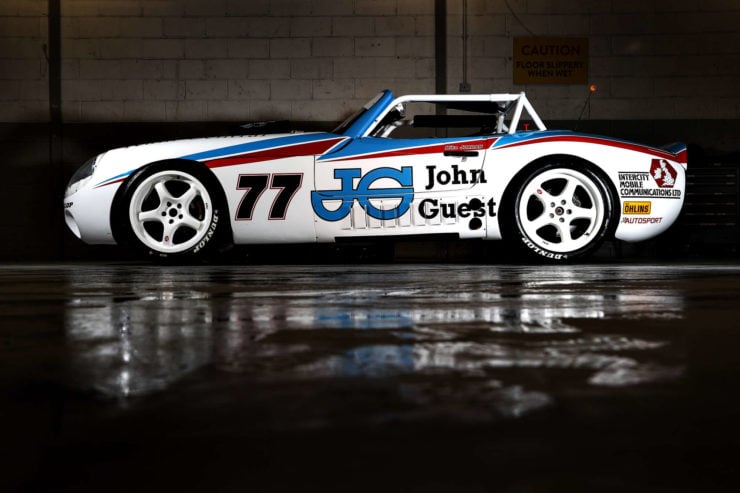 The Tuscan was never put into production for road use, only the race cars were made. That said, many have modified them over the years to make them road legal.

Tipping the scales at just 850 kgs (1,874 lbs) and producing 450+ bhp, the Tuscans were exceptionally quick on track, and the surviving examples now make popular private track day cars as a result. Just 43 were built in total and they’re now highly collectible.

The car you see here is one of the original TVR Tuscan Challenge race cars, it was built by the TVR factory race team for the 1999 season and it includes special-order Kevlar-reinforced floors.

Though the car was new, it was stripped before the season began and rebuilt by Mike Jordan’s Eurotech Racing team to incorporate improvements.

Thanks in no small part to these improvements, and to Mike Jordan’s well-known racing prowess, the car scored four wins in 1999 and three wins in 2000 – coming second in the championship in that second year. 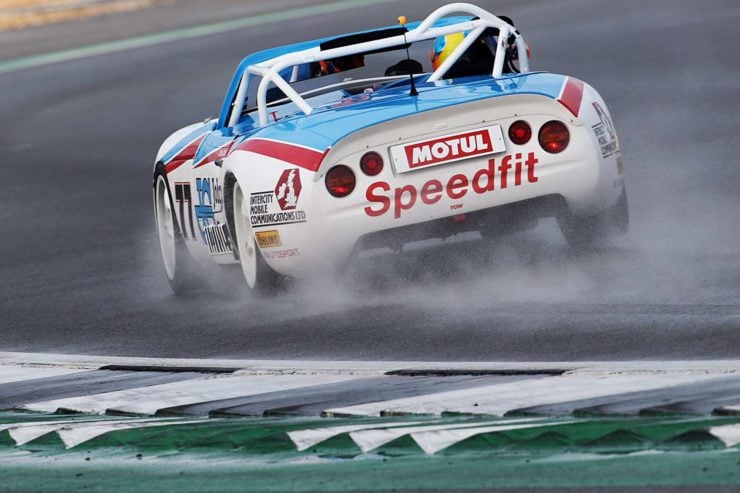 The TVR Tuscan Challenge was known for its hard and fast racing, helped along by the fact that it was a one-make series that offered an almost level playing field.

After the 2000 season concluded the car was sold, but in 2018 it was tracked down and bought back by Mike Jordan and his son Andrew, a successful racing driver in his own right and the 2013 British Touring Car Champion.

Jordan’s team fully restored the car, it was stripped back to a bare chassis which was bead blasted and recoated for rust proofing.

The AJPV8 engine was rebuilt by Simon Woo, who had previously worked as the engine builder at the TVR factory race team, and the Penske dampers were rebuilt and calibrated to the original settings using information from Penske in the USA.

The original livery was then reapplied with great care given to get the details correct.

If you’d like to read more about this car or register to bid you can visit the listing here.

Above Video: This is the original film that was made to show the release of the Tuscan and the announcement of the TVR Tuscan Challenge. 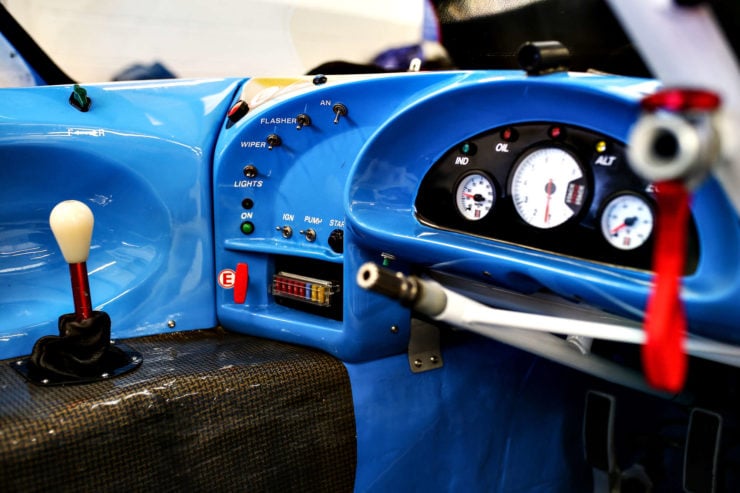 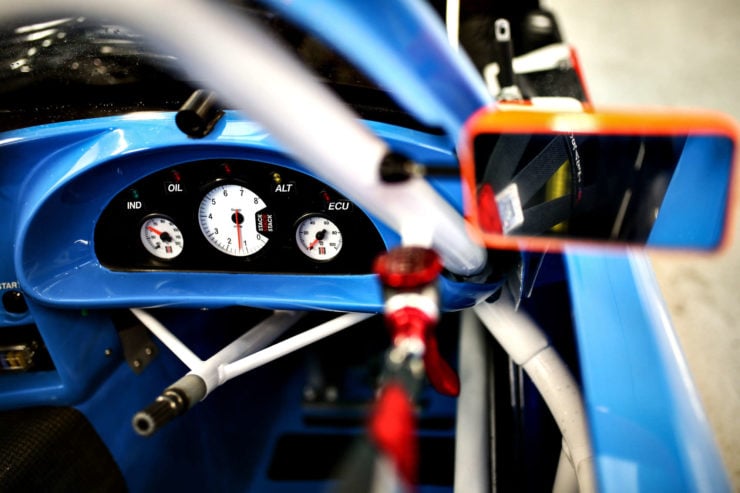 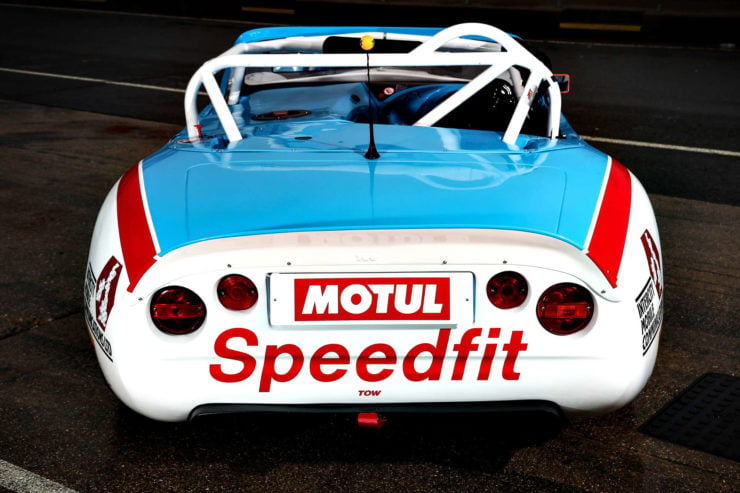 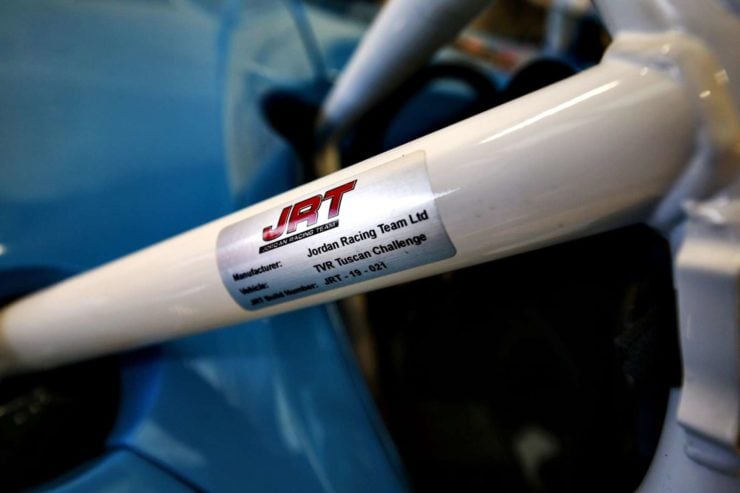 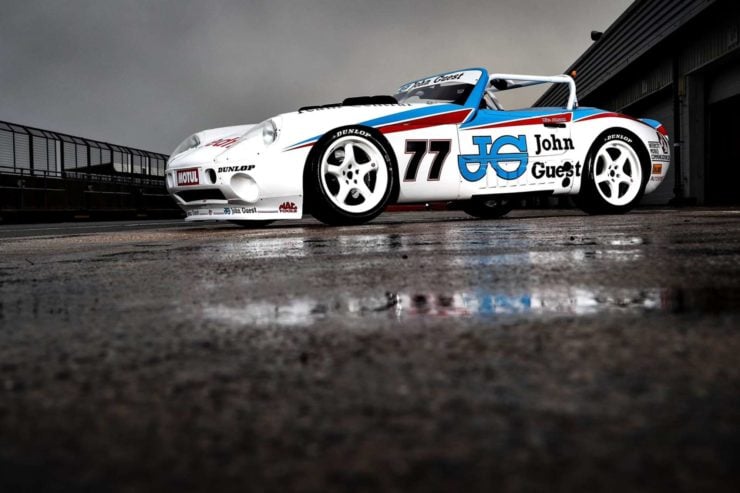 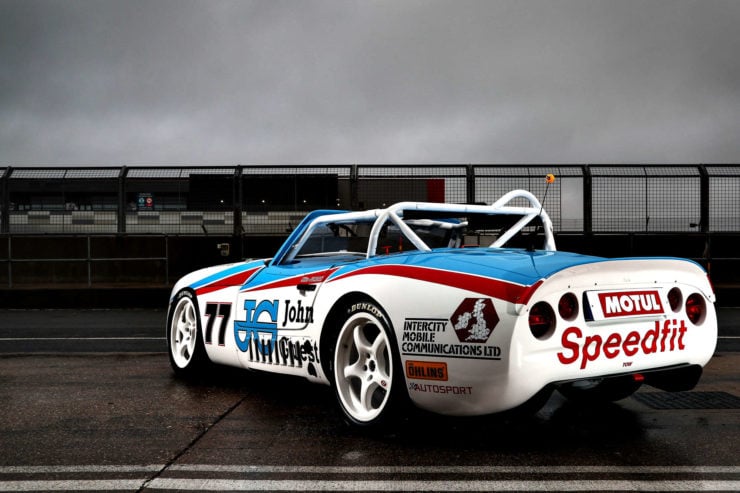