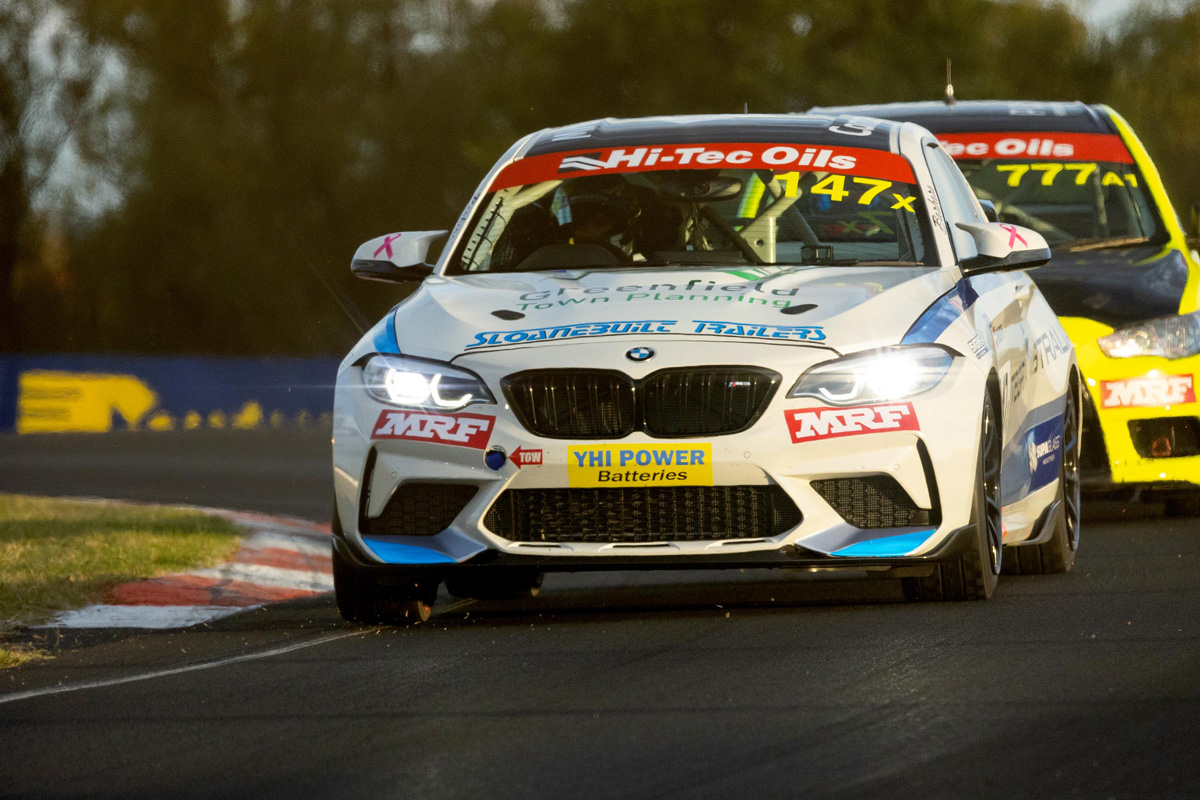 Tom Sargent has stormed to pole position for the Hi-Tec Oils Bathurst 6 Hour, putting more than a second on the field.

The 20-year-old, who won the 2021 Australian Formula Ford Championship, was lightning fast in Practice 3 this morning and quickly proved that was no flash in the pan.

Sargent immediately laid down the gauntlet with a 2:25.1048s to go more 1.5249s quicker than anyone else, with Anton De Pasquale second at that point.

The CHE Racing youngster went quicker again next time, lowering the benchmark to a 2:24.2369s to hold a 1.6745s advantage over new nearest rival Tim Slade at the completion of the second flying laps.

Despite the star power around him including multiple Supercars Championship race winners, no one could get near Sargent (co-driving with Cameron Hill in the #147 BMW M2 Competition), with even his first time remaining unrivalled.

Slade and De Pasquale, both of whom further improved on their aforementioned times, did enough to hang on to secure second-row starts.

Other than Sargent, Dalton Ellery was the only qualifier in the outright top 10 without any Supercars experience, managing fifth ahead of Will Davison and Nick Percat.

The latter, a late call-up for COVID-hit Shane van Gisbergen, came across traffic on his first flying lap but improved from ninth to seventh on his final effort.

Jayden Ojeda was eighth ahead of the #58 family entry which had looked set to make up ground with Drew Russell at the wheel until coming across traffic.

In his desperation to not get held up by the Class B Holden SSV 6.0 driven by Mark Mallard, Russell spun the #73 at The Chase.

Outright 10th went to Dylan O’Keeffe for the Class A1 pole, just ahead of Aaron Cameron who took the honours in A2.

Among those starting out of position will be 2018 outright winners Grant and Iain Sherrin.

The #27 BMW M4 came unstuck across the top of The Mountain relatively early on in the top 50 percent session with Grant in the driver’s seat, leaving them to start 16th.

The earlier qualifying session for the bottom 50 percent of the field was topped by A1 competitor Paul Loiacono in a #14 Mitsubishi Lancer EV.